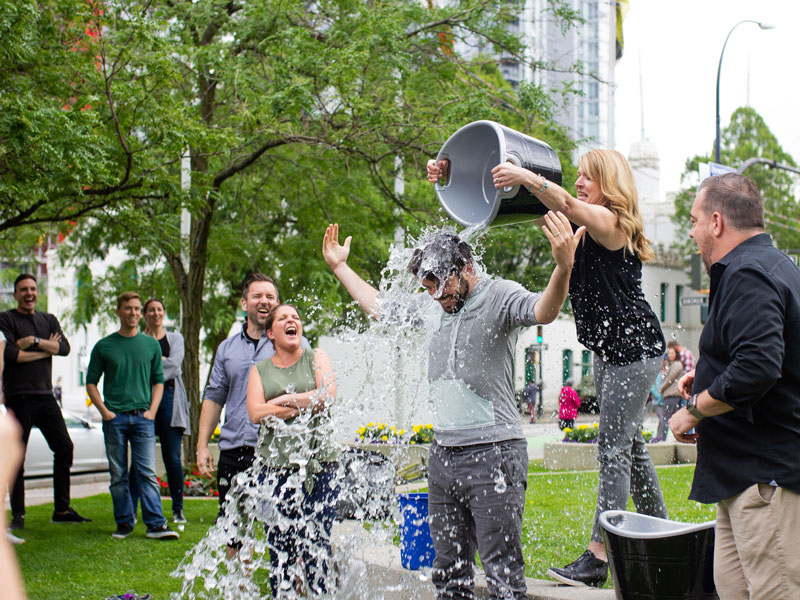 Putting the fun back in fundraising

Looking back on a year that many understandably characterize as “lost” because of COVID-19 — a year in which charitable giving was expected to drop precipitously alongside disposable income — the improbable increase in giving experienced by the Presbyterian Church (U.S.A.) was nothing short of miraculous, surpassing all expectations and even some pre-pandemic records.

All told, 2020 was a year of unprecedented Presbyterian generosity with Presbyterians giving directly to ministries of hunger relief, disaster assistance, education and witness.

The innovative fundraising initiatives employed by congregations, mid councils and individuals to support such mission campaigns as #GivingTuesday 2020, the four Special Offerings and the increasingly popular Presbyterian Giving Catalog were a hallmark of a year when Presbyterians in greater numbers continued to build the kin-dom of God through acts of financial stewardship.

And not only did more people give, but they also gave from the heart as they found themselves becoming better informed and more actively engaged in the many faces of Presbyterian mission.

Congregations and mid councils across the denominational landscape flexed their creative muscles to turn fundraisers into “faith-raisers” by using a range of strategies from the familiar to the fanciful as well as the tried and true.

In this season of gradual reemergence from the impact of the pandemic, the following examples of successful tactics were designed to help congregations put some fun in fundraising.

That onetime staple in every youth pastor’s toolkit — the Polaroid scavenger hunt — got a makeover and made a comeback during the pandemic.

“When I was trying to think of fun, connectional things our congregation could do separately, yet together, while staying in our cars with our families for safety, I remembered back when Polaroid scavenger hunts were so big,” said Sheri Dittman, commissioned pastor for First Presbyterian Church in Brownsville, Texas, and part-time coordinator for congregational development for First Presbyterian Church in nearby Mission. “Now that pretty much everybody has a cellphone, I thought why not have each ‘quaran-team,’ in their own cars, receive the ‘hunt’ list and then travel around at a social distance taking pictures of items on the list, all representing the Presbyterian Giving Catalog, then sending them to one person to keep track?”

It was a photo scavenger hunt — with a purpose. Dittman, a faithful follower of the Presbyterian Giving Catalog since 2015, had set an ambitious goal for both congregations she serves: namely, to buy their way through the entire catalog, which offers a total of 44 gift options organized into seven categories of need and interest in the U.S. and around the world.

Now in its seventh year, the Presbyterian Giving Catalog — which is available both in print and online — is filled with gifts that provide real and positive impact, including aid for refugees, education scholarship funds for communities of color, access to clean water and ways to end hunger.

For the two scavenger hunts, one held in Brownsville and one held in Mission, each of the required photos on the participants’ lists corresponded to an item featured in the catalog, such as livestock or a community garden. Upon locating the listed item and snapping the photo, each team then prayed a prayer written by Dittman or taken from the catalog to address the corresponding situation. Prior to the hunt, teams had recruited sponsors from the two congregations, each of whom agreed to pay $5 per photo with all proceeds going to the catalog. Once all the money was collected, the children of each church chose which catalog items to donate.

“In every children’s message, program or ministry, my goal is to help the children in my congregations to think beyond themselves and toward others,” Dittman said. “The Presbyterian Giving Catalog is our modern-day Sears Christmas Catalog, only now not for ourselves, but for others. This is a good way for us to think of others — not only in our community or only in our country, but around the world — and how we can make a difference $25 at a time.”

Because the Peace & Global Witness Offering is usually received on World Communion Sunday, which was observed last year on Oct. 4, Carla Mavis, a retired schoolteacher and the volunteer Christian education director at Circleville Presbyterian Church in Circleville, Ohio, sprang into action. She gathered the church’s children and youth to pack sack lunches with a sandwich, an apple, a bag of chips, literature on the Peace & Global Witness Offering and a famous Circleville pumpkin doughnut, which were all distributed in drive-thru fashion in the church’s parking lot.

“Circleville is a big pumpkin town,” said Mavis, referring, in part, to one of the U.S.’s largest and oldest pumpkin festivals held annually in Circleville, which was canceled last year because of COVID-19.

For the youth and children’s portion of the fundraiser, Mavis had set up socially distanced assembly stations throughout the church’s large fellowship hall, where the younger youth decorated the lunch bags with pictures and messages and the older youth packed the lunches. Everyone who participated was gloved and masked for safety.

Once the assembly was completed, volunteers placed the lunch bags on a cart, wheeled it outside and handed out the lunches as people drove through beneath a large overhang and portico on the side of the building. Since Mavis knew what was in each lunch bag, she had made a suggested donation amount that was roughly twice the cost of the contents so that there would be a good source of revenue to benefit the Peace & Global Witness Offering. “Our members all knew that the money was going to Peace & Global Witness,” said Mavis. “That was part of the publicity so that people wouldn’t think we were just going to put the money in somebody’s pocket somewhere. People were very generous. They paid much more than the suggested cost for these lunches.”

Several years ago, the members of Starmount Presbyterian Church in Greensboro, N.C., received something extra special for Christmas: the opportunity to determine the fate of their pastor’s facial hair.

It all began when the Rev. John Odom, Starmount’s former pastor/head of staff, who is now the general presbyter for Mid-Kentucky Presbytery, decided to participate in No Shave November, a national campaign dedicated to raising awareness about cancer by encouraging people to donate the money they would normally spend on hair grooming to cancer charities instead.

The normally clean-shaven Odom stopped shaving for the month. On the last Sunday of November, Odom was talking with members and heard a number of opinions about his new beard and mustache. Many loved the new look, while others were eager for him to shave. Odom had an idea: “Maybe we should let people put their money where their mouth is and let people vote with their contributions to the Christmas Joy Offering.”

For the month of December, members of Starmount were encouraged to give to the churchwide special offering, a cherished Presbyterian tradition since the 1930s, which distributes gifts equally to the Assistance Program of the Board of Pensions and to Presbyterian-related schools and colleges equipping communities of color. The Assistance Program provides need-based grants to help active and retired plan members and their families.

With each donation, members were instructed to mark either “mow” or “grow” to vote for Odom to shave or keep the beard. The final results were revealed at Starmount’s Christmas Eve service that year.

“This wasn’t really about whether John shaved his beard or not,” Odom said, adding that the challenge was just a fun way to increase giving to the offering. “All of this only counted if we increased our giving by 10% over last year.” Because the “grow” votes won the day, Odom ended up keeping his facial hair until mid-February when he “gave up the beard” for Lent — just in time to start raising funds for the One Great Hour of Sharing.

This was published in the September/October issue of Presbyterians Today.