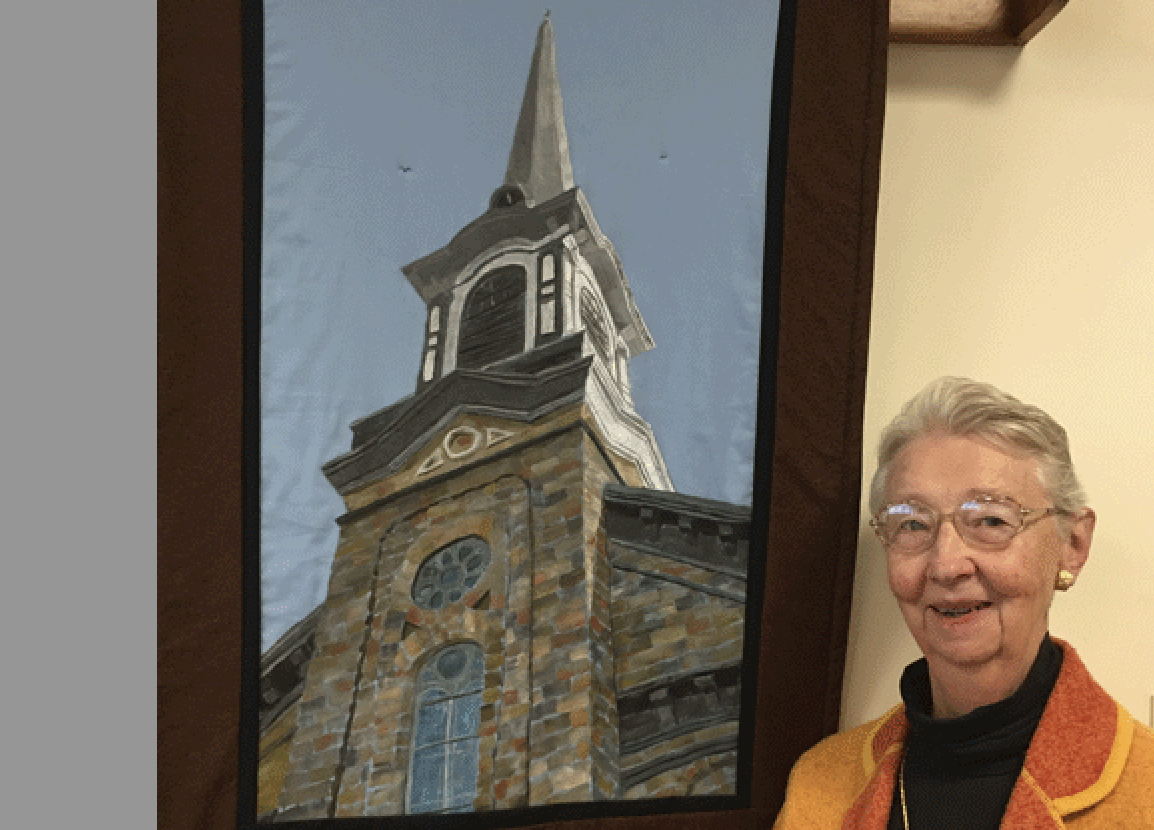 When it comes to people’s proclivity to pile up possessions, Jane MacDonald couldn’t agree more strongly with Jesus.

“We all have enough stuff!” she said emphatically.

That’s precisely why MacDonald — a ruling elder, former trustee and the current treasurer at First Presbyterian Church of Newton (New Jersey) — is such a passionate supporter of the Presbyterian Giving Catalog.

“It’s hard to believe that many, many more congregations do not engage with the Giving Catalog,” MacDonald said of the increasingly popular PC(USA) giving resource, which her congregation has supported annually since it debuted in 2014. “Part of why the gifts work is that no one needs more stuff.”

Now in its ninth year, the Presbyterian Giving Catalog — which is available both in print and online, in English, Spanish and Korean — is filled with a wide variety of gifts that provide real and positive impact around the world, including aid for refugees, access to clean water and help to end hunger. The 2022-2023 edition will start mailing on Sept. 9.

“I may be the Catalog’s primary proponent and pusher at First Presbyterian, but it is with the Mission Committee at my back,” added MacDonald, praising the congregation’s small but dedicated six-member group, which for many years organized an alternative giving market. 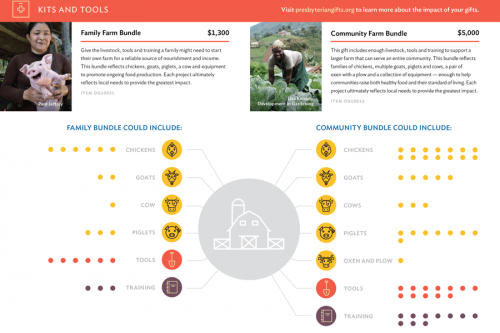 The Farm Bundle Spread is one gift option in the Presbyterian Giving Catalog.

“When the Giving Catalog came out, it was a way for us to extend the gifts we gave, not only animals, but also education, water projects, farming tools and knowledge, women’s empowerment and so much more,” she said. “Because Sussex has always been a farming county, some years we would pick a theme, like a farm or water projects. Then, as people donated, they would receive a Christmas card, a prayer card and an ornament, and were encouraged to gift these to someone in lieu of a present.”

Another thing that MacDonald likes about the Giving Catalog is its broad appeal. 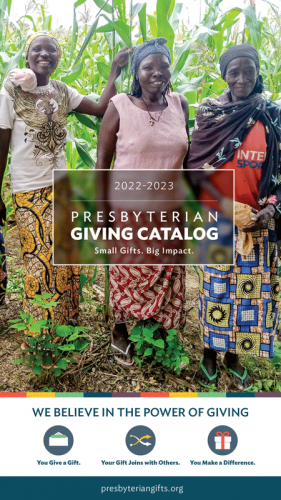 “The Catalog has gifts like chickens and pigs that kids like, as well as a variety of projects that adults like,” she said. “It’s a good way to combine the two.”

With the church’s rally day fast approaching, MacDonald looks forward to meeting with the Mission Committee later this month to make plans — and to choose a Giving Catalog project — for the fall.

“We are always on the lookout for ways that we can help, be engaged in the world and meet people’s needs,” she said.

Toward that end, the church — a Matthew 25 congregation — receives all four PC(USA) Special Offerings: Peace & Global Witness, Christmas Joy, One Great Hour of Sharing and Pentecost.

“Our giving is a way for us to look outside of ourselves, which we as a congregation don’t tend to do,” said MacDonald. “Giving a gift through the Catalog is a meaningful way that people can make a difference in the lives of others.”

Won‘t you join First Presbyterian Church of Newton by hosting an alternative giving market and/or making a gift through the Presbyterian Giving Catalog that spreads hope and helps create lasting, positive change around the world?