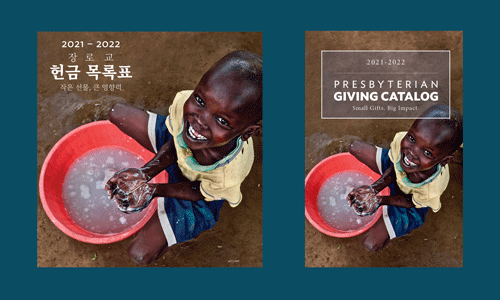 No church is an island

When God spoke through the prophet Isaiah saying, “Come to the waters,” the Rev. John Jung-Il Park simply couldn’t resist.

Park, a second-career pastor who entered San Francisco Theological Seminary at the age of 44, was more than ready to retire nearly 12 years ago when the waters of Washington’s Whidbey Island — specifically the Korean Presbyterian Church of Oak Harbor — beckoned.

“When the members of the Oak Harbor congregation learned that I had come back to Seattle after serving a church in Illinois, they asked me to serve as their pastor, because they never had a resident pastor here,” said Park, who had returned to the Presbytery of the Northwest Coast, formerly North Puget Sound Presbytery, where he was ordained in 1993.

“Because the church is very small and couldn’t afford a full-time pastor,” he said, “I was reluctant to take the call until one elder said, ‘Pastor, why don’t you regard this as a mission field?’ Actually, that’s why I came to this island.”

Although Whidbey Island has very few Korean-speaking residents and has been home to a naval air station since 1942, members of the military have for decades called the now fully bilingual Oak Harbor church their spiritual home.

“Navy personnel were major members of our church, and they still are,” said Park. “Their spouses lived on this island for a long time. The youngest members of our congregation are now 60 years old.”

And while the church, which averages 15-18 in worship, has not declined during COVID-19, neither has it grown — except in its mission giving.

“I cannot say we are mighty financially, but we have open-minded people, especially during the pandemic season,” Park said. “Because we had a high volume of tithes, we thought we would do something good for those less fortunate than us. That’s when I looked up the Presbyterian Giving Catalog.”

Now in its eighth year, the 2021-2022 Presbyterian Giving Catalog — which is available both in print and online, in English, Spanish and Korean — is filled with a wide variety of gifts that provide real and positive impact around the world, including aid for refugees, access to clean water and help to end hunger.

Because the island’s inhabitants have a deep and innate understanding of the importance of water across the world — namely access to clean and drinkable water — their personal experience and unique context informed their Giving Catalog choices, especially in honor of World Water Day, March 22.

“Because we thought that it’s a matter of what to eat or what to drink, we thought of the wells,” Park said. “The water provision is so important to those who did not have a chance to have wells, especially on this island. Most of our church members must have underground wells because they were not provided water from the city. They are well aware of the importance of water and wells, which is why we decided to give this money to the [Giving] Catalog for those purposes.”

Park also learned firsthand how important water is when he and his family lived in Saudi Arabia and Egypt during his secular career as branch office manager of a trading company.

“In those years, because I would spend $200 to $300 just for drinking water,” he recalled, “I can say I know the importance of water.”

On May 1, Park will celebrate his 12th anniversary as pastor of the Oak Harbor church, the last two years as honorably retired.

“When one of our church members told me a few years ago as I was about to retire, ‘Pastor, don’t leave me. Don’t leave this church until I die,’ it came into my heart so deeply,” he explained. “And because it’s hard to leave, I asked the presbytery to let me serve here as a volunteer. So that’s what happened and that’s what I’m doing.”

Because the congregation has both English- and Korean-speaking members, Park preaches — and translates — his own sermon in both languages every Sunday, which is what the church prefers. “They do not want an interpreter to interpret my sermon,” he said. “They just want to listen to my voice.”

A firm believer in the understanding that “when God calls us, we cannot resist,” Park looks forward to serving the congregation — and staying connected with the mission of the larger Church — for as many more years as God will allow.

“As a small congregation, we just wanted to be a part of helping hands to the mission projects in need,” he said. “May God bless those who follow the Great Commission of our Lord!”