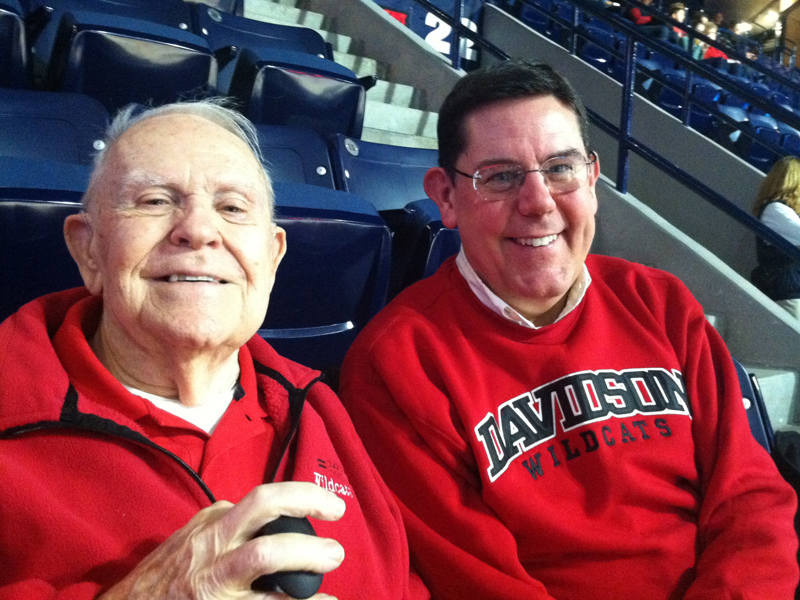 ‘My father, my hero’

Some might say that the Rev. Clay Macaulay built his own “Field of Dreams.”

It was none other than the life and the landscape he shared with his late father, the Rev. Wilkes Macaulay, who died in January 2018 at the age of 91.

But while “Field of Dreams” — which many hail as the quintessential Father’s Day movie — found the film’s father-and-son duo restoring their relationship with a long-overdue game of catch, for Macaulay and his father the titular field was never a baseball diamond, but always a court.

It was always basketball.

“Often, Dad would take me on day trips with him when meetings or appointments or Davidson College basketball games were held out of town,” said Macaulay of the Presbyterian-related school near Charlotte from which they both graduated and where the younger Macaulay dreamed not of a pastor’s life, like his father’s, but rather that of a celebrated announcer giving the play-by-play account.

“While I was always very proud of both my dad and my mom, who both were devoted in their service in the local — and for Dad, the larger — church, I did not aspire to be an ordained minister,” he said. “I felt that my calling was to be a broadcast journalist, so I began working in high school and college as a radio announcer.” 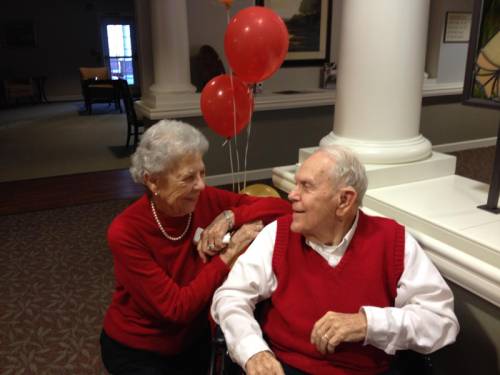 Helen and Wilkes Macaulay on Valentine’s Day in 2015, their 65th year of marriage. (Contributed photo)

But what had once been his lifelong dream soon began to fade during his years at Davidson as he became increasingly involved in the choir and ministry of a church near campus, Prospect Presbyterian Church, Mooresville, which just happened to be the church where he was baptized as an infant and which his father and mother had served when he was born. From the time he was eight years old through young adulthood and ultimately his ordination as a teaching elder, Macaulay was nurtured in his faith at First Presbyterian Church, Asheboro, which his father had also served from 1966-1987. Last month on Mother’s Day, Sunday, May 9, he was invited home to First Presbyterian to preach and then to officiate at the May 10 funeral for his mother, Helen Alexander Macaulay, who had died several days earlier.

And now, as Father’s Day, June 20, approaches, Macaulay — who with his wife Pam, is parent of two adult children — pauses from his demanding schedule as director for Alumni Development for Union Presbyterian Seminary, based in Richmond, Va., and Charlotte, N.C., to remember the lives and honor the memory of both his father and mother, who profoundly shaped his understanding of the Christian faith.

Because Macaulay has always affirmed his parents as good stewards of the somewhat limited resources they had while raising a family of five children, of which he was the only boy, to honor both his father and mother this year he turned first to a favorite project, the Presbyterian Giving Catalog.

“I love the Giving Catalog,” he said. “That is good stewardship, indeed! I am proud of our PC(USA) for continuing and sponsoring this great opportunity that enables those with some material means to provide gifts that can have some lasting effect on a family in need of support.”

Now in its seventh year, the Presbyterian Giving Catalog — which is available both in print and online as well as for immediate download in Spanish and Korean — is filled with a wide variety of gifts that spread hope and provide help and relief to families and communities in need, including aid for refugees, access to clean water and ways to end hunger.

New this year, the Presbyterian Giving Catalog is introducing an opportunity for Presbyterians and others to celebrate their fathers — or another special person in their lives — this year on Father’s Day. 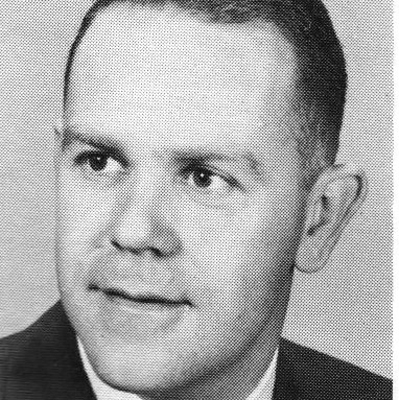 The Rev. Wilkes D. Macaulay, circa 1964, who served as an ordained Presbyterian minister from 1952-1987. (Contributed photo)

“I count it as a real privilege to honor the memory of my late father, the Rev. Wilkes Macaulay, with a contribution through the Presbyterian Giving Catalog on this Father’s Day,” he said. “And as a parent myself, I hope I have been just as loving to my son and daughter as my father was toward me. I am very proud of them both and my daughter-in-law.”

On Father’s Day, when a donor decides to gift a Fishery Kit, a Kitchen Kit, or a Community Garden through the Presbyterian Giving Catalog, they will be making a choice to honor a special person by helping to create lasting, positive change around the world.

“When you celebrate them by donating a Community Garden, for example, you’re not just thanking them for helping you grow,” said Bryce Wiebe, director of the Presbyterian Giving Catalog for the PC(USA). “You’re honoring the way they taught you to share with others. There’s no better way to show your gratitude for them than by paying that generosity forward.”

Paying it forward is another principle in which Macaulay firmly believes. For his nearly 40 years in ministry serving five different churches of varying sizes and communities, he thought he would always remain a parish pastor. Then five years ago, his alma mater, Union Presbyterian Seminary, called him to a role in which he boldly asks the school’s alums and friends to ensure the education of future seminarians through their generous giving.

“The financial stewardship aspect of my work is among the most exhilarating,” Macaulay said, “for I am unapologetic in asking our alums to support the seminary that has nurtured our own faith and witness for the church in the world but continues to train those who are called by God to do the same in this 21st century.”

To celebrate Father’s Day this year, Macaulay plans to draw his family close to remember with gratitude and give thanks to God for the witness of faith his father shared with him and his four sisters as his children, and with countless others as a minister, colleague and friend in the churches he served throughout Mississippi and North Carolina in his more than 35 years of active ministry. 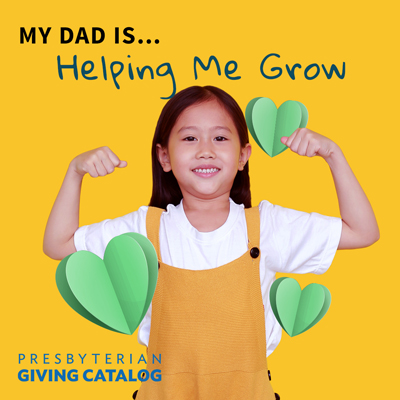 “We were fortunate to have loving parents in my father, a Presbyterian minister, and my mother, a home economics and family life high school teacher,” he said. “I will gladly make a second gift through the Giving Catalog to honor the memory of my mom, Helen Macaulay, who died just before Mother’s Day in May, and my dad, who were faithful partners in ministry for over 67 years of marriage. Both dad and mom would have loved that gifts made through the catalog will benefit a family or families with the livestock and materials they need to live and thrive as children of God. I commend the Giving Catalog to all Presbyterians as a significant way to support, minister and stand with siblings in communities across the world.”