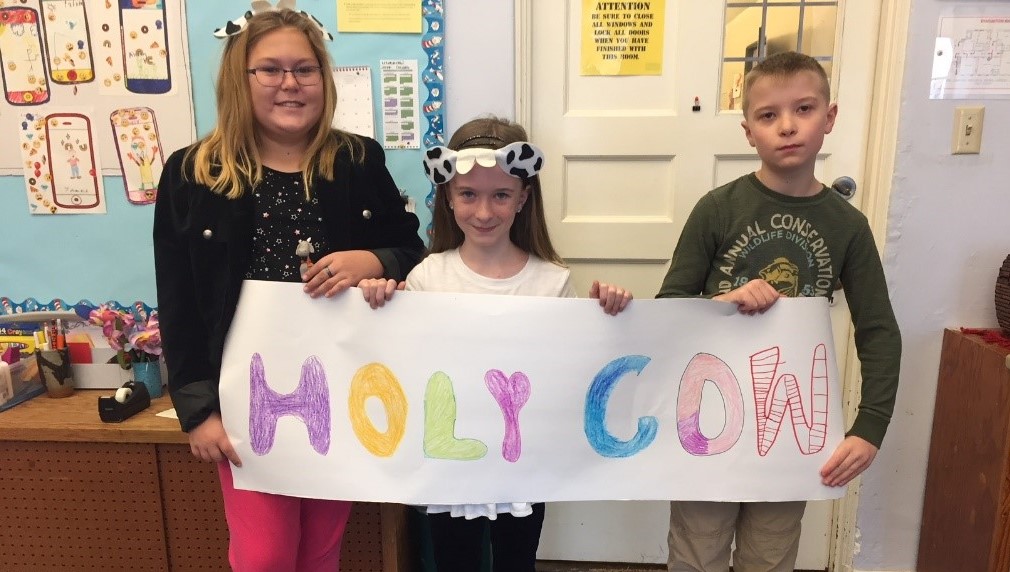 “But Jesus said, ‘Let the little children come to me, and do not stop them; for it is to such as these that the kingdom of heaven belongs.’” Matthew 19:14

As adults, we oftentimes dismiss the power and determination of our young people. However, the children at Westminster Presbyterian Church in Sacramento, CA, recently proved they are not to be underestimated, especially when it comes to their ability and desire to give back.

It was the beginning of the 2017 giving season, and Mark Hargraves who works as the Youth Leader at Westminster came across the Presbyterian Giving Catalog. He and Diana Wright, Director of Children’s Ministry, co-teach a Sunday school class and decided to bring the catalog to their students one Sunday, suggesting they as a class come together to raise money for an item in the catalog. Class attendance is normally around 4-5 students between 1st and 5th grades.

First the teachers suggested a family of chickens (a $25 item).

Students: What else do they have?

Then they suggested piglets (a $40 item).

And then, flipping through the catalog, one of the children asked, “How about a cow?”

Donating a cow would mean raising $450. With such a small class, it seemed impossible, but the students were determined. With no reminder or information sent to the parents, the next Sunday two children showed up to class with $20 each for the cow. Diana decided to match their $20, making it $60. They were on their way!

Youth Get In on the Action

Seeing how excited the younger children were about this initiative they started, Mark decided to involve the youth group. Every year the church holds an Alternative Gift Fair in November. The youth held a bake sale during this fair with the money raised going toward a cow, selling cookies and See’s Candies, a popular chocolate brand in the area.

Before they knew it, they had greatly surpassed the money needed for one cow and made it to two cows! But they didn’t stop there. Seeing how the entire congregation was now energized around this project, the children were able to raise enough money for three cows by Christmas!

Diana has worked at the church for fourteen years and remarked that she has never seen such a great momentum among the congregation. She expresses gratitude to the Giving Catalog for bringing their church together in such a meaningful way. Now Westminster plans on holding this fundraiser every year! We commend these children and youth for their determination and kindness, giving of themselves and encouraging others to do the same to help others in need.