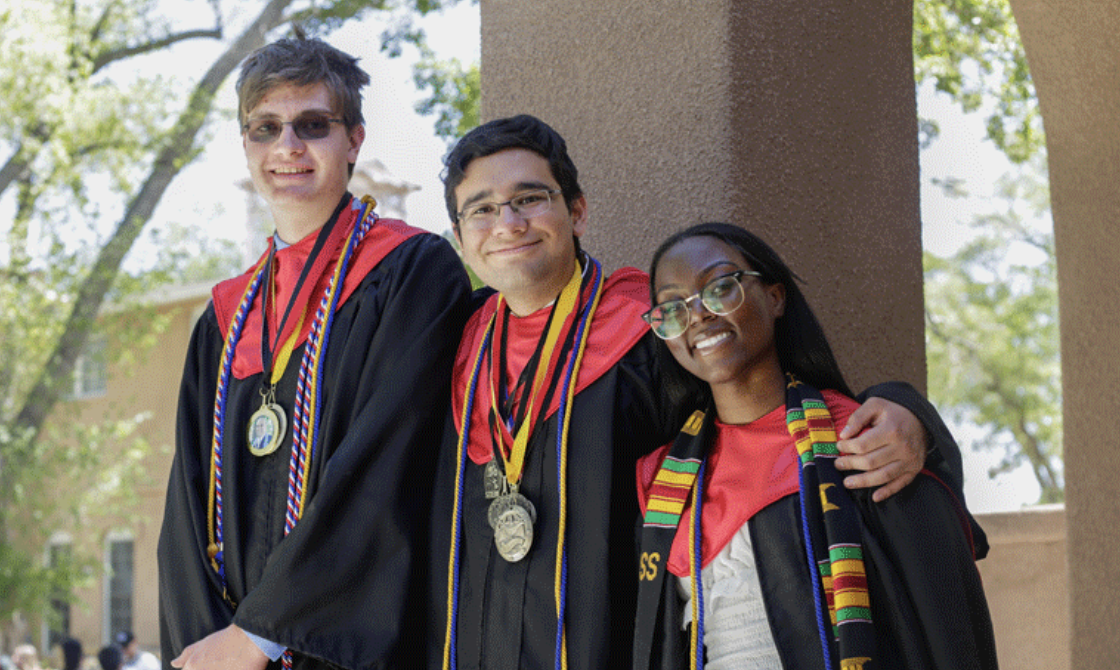 Samual Polanco is no stranger to the power of walls.

Especially their potential to exclude.

Throughout his 19 years, Polanco has known and seen walls, both literal and figurative, that separated him and others from being their best selves.

He credits his experience at Menaul, which he entered as a sixth grader, as being instrumental in breaking down life’s many barriers.

Polanco’s Menaul education was made possible, in part, by gifts to the Presbyterian Church (U.S.A.)’s Christmas Joy Offering, which helps Menaul provide scholarships to exceptional students. A cherished Presbyterian tradition since the 1930s, the annual offering distributes gifts equally to the Assistance Program of the Board of Pensions and to Presbyterian-related schools and colleges equipping communities of color.

“When I first came to Menaul, I felt like the school was made for me because I’d been bullied a lot in elementary school, not only by the students but also by their parents,” he said. “When I came here, I felt free of that — able to explore the ideas I wanted to explore, learn what I wanted to learn and just be myself for once in my life. And that’s what Menaul has done for all of us. We can just be ourselves here.”

And although Polanco’s observation applies to Menaul more broadly, he also intended it as a special nod to his friends and classmates, Abigail Nyase and Michael Hedenberg, with whom he spent five days on the U.S.-Mexico border for the school’s traditional “mission week.” 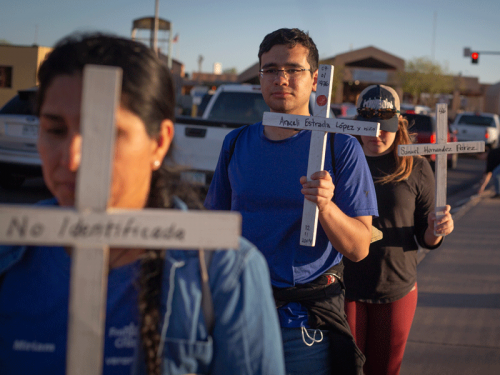 This past April, the 35 members of the class of 2022 became students and volunteers through Frontera de Cristo, whose mission is to build relationships and understanding across borders.

As Polanco headed into the mission week experience with some fears about Covid — which he had the previous November — he was also understandably concerned about confronting the racist legacy and behaviors evoked by the border wall and the ongoing immigration crisis.

“I knew that this was going to be a difficult trip for me personally because my dad is originally from Mexico,” he said. “And the day we were waiting to get on the vans, there were some jokes being made about the border by some other students in the lower grades. That upset me very much, and I told them to knock it off.”

John Sitler, who teaches Upper School religious studies at Menaul and was a senior adviser to the Class of 2022, praised his three former students, Polanco, Nyase and Hedenberg, as among the top leaders in their class. They — and he — were profoundly moved by what they saw and heard during mission week, especially walking the Migrant Trail to the wall.

“It may sound like a cliché, but one thing that the students got out of the experience of seeing this ‘scar’ on the earth, which seems obvious, is that the most dangerous walls are the walls in our minds,” Sitler said.

Then, citing the school’s relatively new motto, “World Smart Education — Educating Students in Mind, Body and Spirit,” he added, “Menaul being ‘World Smart’ means to break down the walls toward our common humanity.”

Wherever the students saw hate and division, Sitler said they were glad to have an opportunity to connect with others “in person,” especially during mission week.

“Jesus is the model for that,” Sitler said.

That Jesus broke down dividing walls and welcomed everyone is very much a reality both on the Menaul campus and during mission week, which is offered to all Upper School students.

“One of the things that I really enjoy doing in life is to just learn about different people and different cultures,” said Hedenberg.

“I come from a first-generation [Ghanaian] immigrant family, so I am very used to a completely different culture than the U.S.,” Nyase said. “Coming to Menaul finally gave me the opportunity to interact with people whom I would call ‘my own people.’ Menaul has made me a more open-minded and grounded individual, able to talk to people from a completely different religious or political background from me. That I learned how to deal with different people at such a young age is a valuable thing that many people take for granted.”

And it wasn’t only on campus that students like Nyase were able to find that elusive middle ground with others. They also found commonalities with the Mexican students, the children in day care and the migrants with whom they ate, prayed and played during mission week. Their time at the border also included a performance given for them by high school students from a local school in Mexico, which was followed by a party where everyone danced.

“Seeing and acknowledging humanity brings people together,” observed Marla Brose, an Upper School English teacher and yearbook adviser, who also accompanied the senior class to the border. “Service begins with understanding the needs of others.”

Menaul’s commitment to service was also a highlight of its May 5 academic awards ceremony, at which Polanco received the school’s highest honor, the Sea La Luz Award, which honors “a graduating senior whose character best exemplifies the Menaul School spirit of community, service and leadership.” Hedenberg was awarded the Reverend Buddy Monahan Spirit and Service Award, named after Menaul’s former chaplain, the late Rev. Buddy Monahan, a PC(USA) and Native American leader.

Nowadays, although the three decorated graduates have gone their separate ways to pursue their chosen career paths, they remain united in their gratitude both to Menaul and to the Christmas Joy Offering for supporting the school that shaped and transformed them.

“To support Menaul is to support kids who are going to be the future leaders of our country,” Nyase said. “I know that’s clichéd, but I mean it with the most sincere and genuine honesty. So many kids at Menaul are going to go on to do the greatest things I can imagine. It would be a shame if the school were to become underfunded and we would lose the opportunity to grow these kids into the people we all know they can be.”

Sitler, who began teaching at Menaul in 1997, said that the school “educates for life.”

“We’re still providing an education that’s faithful to the Reformed convictions,” he said. “We teach that faith is to be lived out in the world. Because so many young people today see the church as building walls to isolate and separate, we at Menaul are all about opening doors to the richness of God’s Creation.”

This was published for Presbyterian News Service on December 6, 2022.