Engage with the Pentecost Offering in the midst of the pandemic 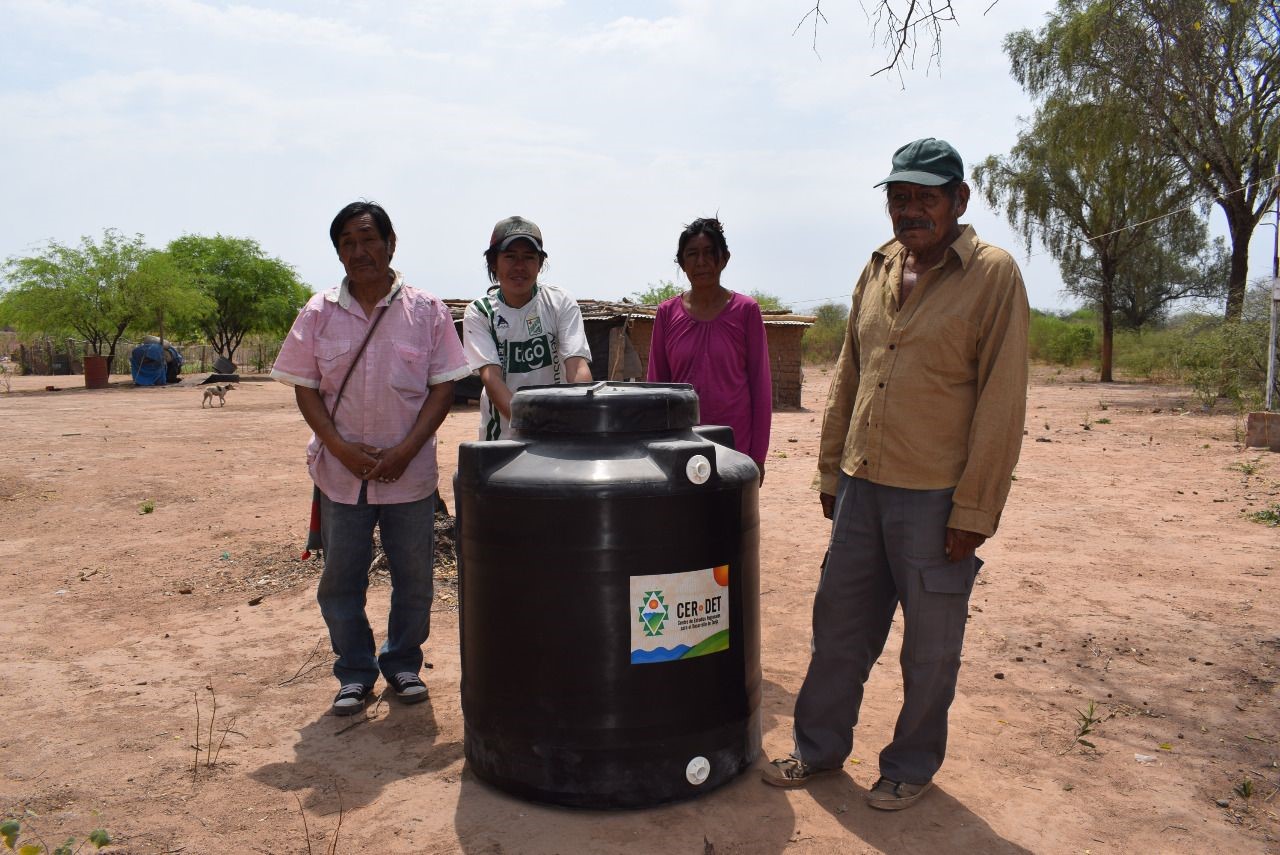 Where learning to save proves lifesaving

When Manuel Nazario casts his net into the water these days, his catch is far less plentiful.

In the remote area of Bolivia near the Paraguayan-Argentina border, where Nazario and the members of his community mostly fish for a living, their traditional livelihood is now in severe jeopardy.

Home to an indigenous people known in Bolivia as the Weenhayek, also called the Wichí in Argentina, the Capirendita community is currently grappling with the devastating impact of climate change, irregular rainfall patterns, prolonged droughts, disease and mining pollution that creeps in from the Andean zone. As a result, Nazario and the families of Capirendita are finding their age-old ways of life and their means of economic support increasingly threatened, even as the people strive to maintain both their native language of Weenhayek and Spanish as a second language.

Although subsisting for centuries as fishers and gatherers along the banks of the Pilcomayo River in a subtropical region called the Gran Chaco, where temperatures in summer can soar to above 110 degrees Fahrenheit, the degradation of the environment and the mounting lack of access to water threatens the people’s very survival.

Because it is his calling, Nazario — at the young age of 34 — has already emerged as one of the strong leaders in his fishing community, setting himself apart from previous Indigenous leaders.

A born innovator and community organizer, Nazario is now leading the seven families in Capirendita toward the promise of a better way, in partnership with a local organization called CERDET, Centro de Estudios Regionales para el Desarrollo de Tarija or the Center for Regional Studies in Tarija.

Founded 31 years ago in the Tarija region of Bolivia, CERDET works in support of Indigenous communities that have been marginalized not only by other peoples in Bolivia but also by the government. Under the leadership of Guido Cortez — a social worker in the region for five years before becoming CERDET’s executive director in 2005 — CERDET has been accompanying and teaching the Weenhayek people since 2012 to grow vegetables and fruits organically, to develop irrigation systems, and to collect and store rainwater for safe drinking.

Today, because of a generous grant from Presbyterian Disaster Assistance (PDA) through the One Great Hour of Sharing Offering, Nazario, his family and the 27 residents of Capirendita face a more hopeful and fruitful future.

“Because the people of Capirendita are so proud of their culture as gatherers, they have not learned to hunt or to produce or cultivate anything because they are accustomed to collecting whatever they find,” said Cortez. “The work of our organization is focused on providing them not only with seeds and equipment, but also with the accompanying education so that we’re teaching them to provide for themselves rather than just giving them funds.”

When the Rev. Edwin González-Castillo, PDA’s associate for Disaster Response and Refugee Ministry–Latin America and Caribbean, first learned through CERDET’s existing partnership with the Presbyterian Hunger Program of the organization’s emphasis on helping communities to become self-sufficient, he immediately knew he wanted to work with them.

“Through the Presbyterian Hunger Program, we were able to reach out to this organization, which allowed them to come to us with their needs,” said González-Castillo, who had already been looking to expand and increase PDA’s relationships in Latin America, particularly in Bolivia, where PDA previously had no partners. Once PDA had identified available funds to work with communities impacted by COVID-19, González-Castillo encouraged CERDET to apply for a PDA grant.

“One of the things that attracted me most about this organization is the type of work that it does,” he said. “Their desire is not just to provide things, but to develop communities, and to help those communities create capacity so that they can learn to sustain themselves. When they told us about the kind of projects they were hoping to develop in these Indigenous communities, we realized that they would be helping not only the people who are affected right now, but also the future generations in that community so that it can continue to grow and develop.”

CERDET is using its PDA grant through the One Great Hour of Sharing Offering to address the communities’ critical water shortage by building infrastructure.

“Although there are a few government wells in the communities, the water from some wells is salty,” González-Castillo explained. “A lot of people are used to drinking it, but it’s not beneficial for them in the long run and it’s not good for other things. They use it mostly for washing clothes and dishes, but it’s not healthy for drinking. They also don’t use filtering systems because they’re too expensive.”

With OGHS funds and with the help of two other organizations, CERDET will work with the community to create 500 meters of pipes to transport safe well water to some 10 families.

Nazario has been charged with directing and carrying out the excavation work on the underground piping system. Because this type of work requires heavy physical labor, the women of the community — including Nazario’s wife, Reyna Cortez, a teacher and artisan — will not participate in the excavation project. While continuing to work on the traditional handcrafts that they bring to market, the community’s women will support the piping project by encouraging and supporting the workers.

The grant will also allow around 40 families to receive plastic containers to collect and save rainwater for family consumption, and 50 other families will receive vegetable seeds and tools to produce food for the duration of the quarantine period that began in March 2020.

“Trying to teach the community to save anything is a process,” observed González-Castillo. “Because they are organized communally, everything has to be shared. While that is a wonderful quality, it is also a difficulty right now. People who put anything away for tomorrow are viewed as selfish and greedy.”

CERDET is also working to address other critical challenges in the Weenhayek communities, where women are among the most vulnerable, particularly teenage girls, who often give birth at the age of 13 or 14.

“It’s a problem,” Cortez said, “because they marry and have children so young.”

Violence against women and children is also a critical concern on which CERDET is working. The organization is also helping two health-care centers in the communities provide the people with some basic medicines and education about COVID-19.

“There is a lot of fear,” said Cortez. “The disease is difficult for the families to understand.”

Even though there are no Presbyterians living in Cortez’s immediate area — which is mainly composed of Roman Catholics and Pentecostals — Cortez knows what Presbyterians believe and represent.

“Back in April, when things started to get so much worse, and the number of COVID cases was on the rise, we were fortunate to receive Presbyterian assistance,” said Cortez, who was himself exposed to COVID-19 but later tested negative. “It was important, well received and welcome help at a much-needed moment. We are grateful for the PC(USA).”

Elsewhere in the world, gifts from the One Great Hour of Sharing Offering through the Presbyterian Hunger Program are also addressing critical water needs through its two partners in South Sudan, the Presbyterian Relief and Development Agency (PRDA) and Hope Restoration South Sudan. In 2017, the United Nations declared famine in four countries, including South Sudan, where hunger has deepened for decades. Drought was one of the primary reasons.

“In 2020, we supported PRDA for their work, which has focused on training local technicians in Pochalla to dig water wells so that they can return to their communities and not only dig wells for those communities, but also help with maintenance, hygiene and sanitation,” explained Valéry Nodem, associate for International Hunger Concerns and coordinator of the Joining Hands Initiative for the PHP. “Regarding our support of PRDA, although they started their training early in 2020, because of COVID-19 things have unfortunately slowed down a lot. We look forward to their achieving critical work in the future.” 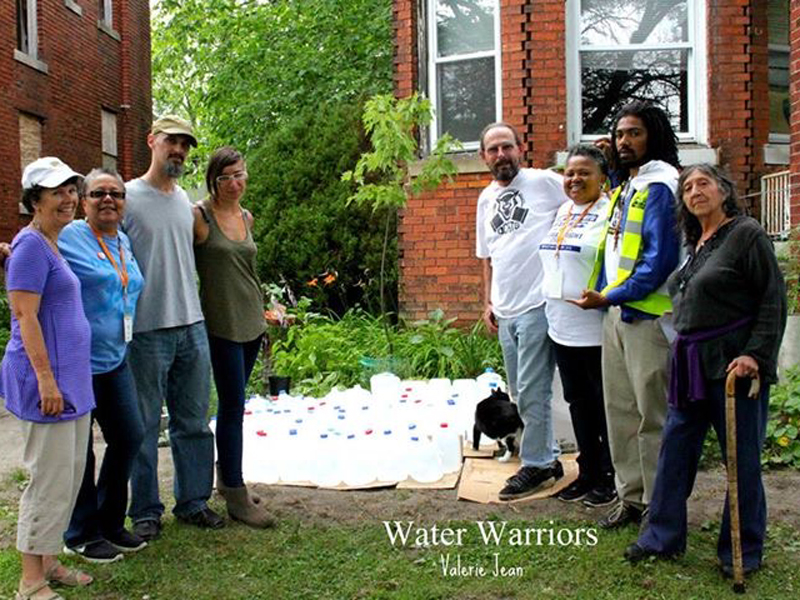 We the People of Detroit, a grassroots organization, is strengthening its water justice and water access efforts made possible in part by One Great Hour of Sharing. (Contributed photo)

In the U.S., We the People of Detroit (WPD), a community-based grassroots organization that “aims to inform, educate, and empower Detroit residents on imperative issues surrounding civil rights, land, water, education and the democratic process,” is similarly strengthening its commitment to water justice and water access through the One Great Hour of Sharing and its Presbyterian Mission Agency (PMA) partner, Self-Development of People.

“We were immediately attracted to WPD because of the PMA’s Matthew 25 invitation, which calls us to serve the ‘least of these,’ in this case, those who are most affected by water shut-offs,” said the Rev. Alonzo Johnson, coordinator of the Presbyterian Committee on the Self-Development of People. “Just imagine how you would survive during a pandemic without water to wash your hands. This organization is a good amalgam of community activists and scholars who work to educate and mobilize the residents of Detroit, especially those living in poverty — not only about water, but also other basic human needs and rights.”

This was published for Presbyterian News Service on February 16, 2021.