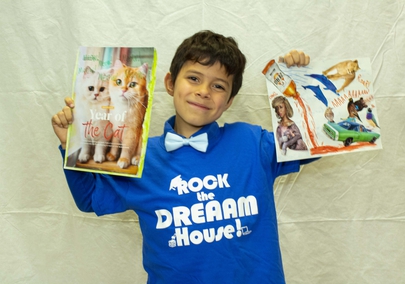 Having grown up as a Black Baptist in Mississippi, Tracy Dace freely admits that when he first walked into First Presbyterian Church of Champaign, Ill., he did so cautiously.

The longstanding and passionate advocate for at-risk youth with a master’s degree in higher education had just relocated to Champaign to start a doctoral program in special education at the University of Illinois when he found his heart calling him away from his studies, back into the community full time and, eventually, through the doors of a Presbyterian Church (U.S.A) congregation.

“Once I landed in Champaign, I became more open to understanding how the work in community really is very important in transformation,” said Dace, “particularly when we think about working with populations who are marginalized within systems. If they are marginalized in systems, then there is an opportunity for community to create counter spaces: spaces of resiliency, hope and affirmation.”

Over the next several years — as Dace was working in schools, after-school programs, a juvenile detention center, the county jail, as unit director for a Boys & Girls Club, and as an instructor at a local community college teaching remedial reading and English — he had recurring opportunities to build relationships with people, particularly African American males.

“These boys and young men were brilliant, with so much promise and potential, and yet they also had experienced trauma,” he said. “In many ways, there were patterns where I saw the opportunity to really think about using a pipeline approach to prevent boys from developing behavioral issues that can derail their lives, strengthen their academic skills to better prepare them for college and career success, and disrupt generational poverty. That was the beginning thought that I had in conceptualizing DREAAM.”

DREAAM — an acronym for Driven to Reach Excellence and Academic Achievement for Males — was fully Dace’s brainchild. The program is designed to reach, teach and invest in African American boys at risk and to walk alongside them and their families, beginning at the age of five until they reach the age of 24.

“Tracy wanted to do something that’s preventative,” said the Rev. Dr. Alonzo Johnson, coordinator of the Presbyterian Committee on the Self-Development of People at the Presbyterian Mission Agency and staff person for the PC(USA)’s Educate a Child, Transform the World initiative. “Because there are already programs geared toward what happens when people are in prison, which is important, he wanted to get to them before that could happen by giving them access to things that they didn’t have.”

Just as Dace began mapping out his vision for DREAAM — drawing from such models as Freedom Schools and the Boys & Girls Clubs of America’s “Passport to Manhood” curriculum — he also applied for a position as mission coordinator at First Presbyterian Church.

“Before I even submitted my application, I went to the church first to see if I would be comfortable working there, because more often than not in Mississippi, worship spaces are segregated,” said Dace. “Even though it can be uncomfortable for me to attend a predominantly white church because of my upbringing, when I came to this church, I was greeted, and the people were kind and nice.”

Ultimately selected as the congregation’s mission coordinator, Dace would soon resign his position, not only so that he could present his concept for DREAAM to the church, but also so that he could become a member without any perceived conflict of interest.

Dace had decided to join the PC(USA) after attending the PC(USA)’s 2013 Big Tent event in Louisville with members of his ministry team.

“I was quite surprised and very motivated to learn more,” Dace said of his experience of seeing the national church in action. “It was there at Big Tent that I found there’s a greater calling on our faith, our denomination, beyond what I saw locally. I saw people who looked like me. I saw worship done in a contemporary and multicultural way, and I heard and witnessed leaders who really promoted racial justice and transformation within Presbyterianism. This larger church that I felt I could be a part of helped me to better appreciate our local expression of church.”

Newly aware of such a strong missional alignment with his own vision, Dace took his idea for DREAAM to the mission committee at First Presbyterian Church. Likewise the local church, upon hearing Dace’s presentation, made the connection with the denomination’s larger goals — especially as they are now expressed in the PC(USA)’s Matthew 25 invitation — and decided to support him with seed money to get the project off the ground.

In 2015, Dace became founder and executive director of DREAAM, a separate 501(c)3 which is considered a ministry of the church. The church’s pastor, the Rev. Matt Matthews, serves as president of the board.

“DREAAM springs from Tracy’s dream,” Matthews said. “He has a vision to provide some of the support young boys need to succeed. I can’t keep up with how nimble and fast-growing that dream is.”

Forty percent of the Pentecost Offering is retained by individual congregations for local ministries while the remaining 60% is used to support children at risk, youth and young adults through ministries of the Presbyterian Mission Agency

Although the Pentecost Offering may be taken anytime, most congregations receive it on Pentecost Sunday, which this year falls on May 23. 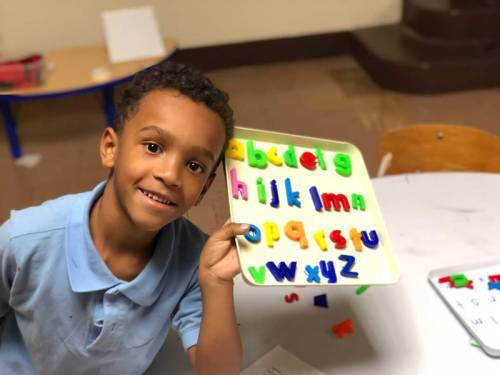 One of the ways in which DREAAM has adapted, grown and reinvented itself in the face of COVID-19 is by opening two Dream Big! Learning Centers to provide full-day, in-person educational and social emotional support during the pandemic.

While describing a typical day at one of the centers, Dace couldn’t help but smile as he described a pair of five-year-old twin boys, whom he calls his “little DREAAMers.”

Dace recalled the twins’ story as he shared how the young nonprofit organization has recently had to adapt its mission to reach, teach and invest during the pandemic.

“When these little five-year-old babies came into our learning center and heard us say, ‘Let’s take out our Chromebooks,’ these boys just started typing their own names to log themselves in,” said Dace, remembering what could easily have been just another ordinary morning.

“Wow, look at this little boy,” Dace instead marveled. “Not only did he know how to spell his name, he knew how to put the dot in and everything. I was so impressed.”

Although the pandemic has proven challenging for DREAAM, it has also been helpful.

“In many ways, it has opened up an opportunity for us to reprioritize what it is that we are here to do,” said Dace, “and that is to reach and teach boys and their families, empower them to actualize, work and develop their goals into reality, and to affirm that they are resilient.” 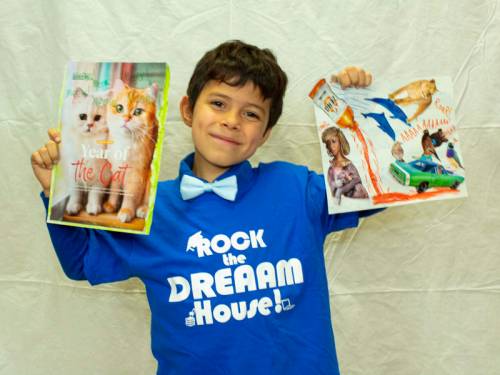 One of DREAAM’s primary goals is to reach and teach boys and their families. (photo courtesy of DREAAM)

Toward that end, DREAAM has increased its programming during the pandemic to include additional family engagement activities and support for sisters of DREAAMers, as well as partnered with a local school district to expand the Kindergarten Success Program to a full-day, culturally responsive educational program for Black kindergarten boys. The nonprofit has also expanded career training and mental health services through a program called Dream Chaser to increase positive outcomes among youth and young adults impacted and/or involved in the criminal justice system.

Continuing to operate DREAAM during the COVID-19 pandemic has also given Dace and the church an opportunity to really focus on the Matthew 25 vision, which he said the session is beginning to discuss.

“In DREAAM, all three focus areas of the Matthew 25 initiative are really evident, the [dismantling] racism and [eradicating] poverty pieces especially,” Johnson said. “This is the Midwest, where African American communities are really suffering, where Black people are less likely to get jobs or have access to quality schools. When work disappears, there is poverty, and kids are falling through the cracks.”

In terms of the Matthew 25 focus on congregational vitality, Johnson cited the strength of the relationship DREAAM has with First Presbyterian Church, which has been instrumental in creating resources and providing a wealth of volunteers to walk alongside the young DREAAMers.

“People should support the Pentecost Offering because our young people are not only our future, but they are also our present,” said Johnson. “It is incumbent upon us as people of faith to make sure we are nurturing our young people in the faith and also nurturing them with our love, especially in a time like this. The church is going to have to find ways to be vital to young people because they really need that right now.”

Support the Educate a Child, Transform the World initiative by giving to the Pentecost Offering.

This was published for Presbyterian News Service on May 11, 2021.