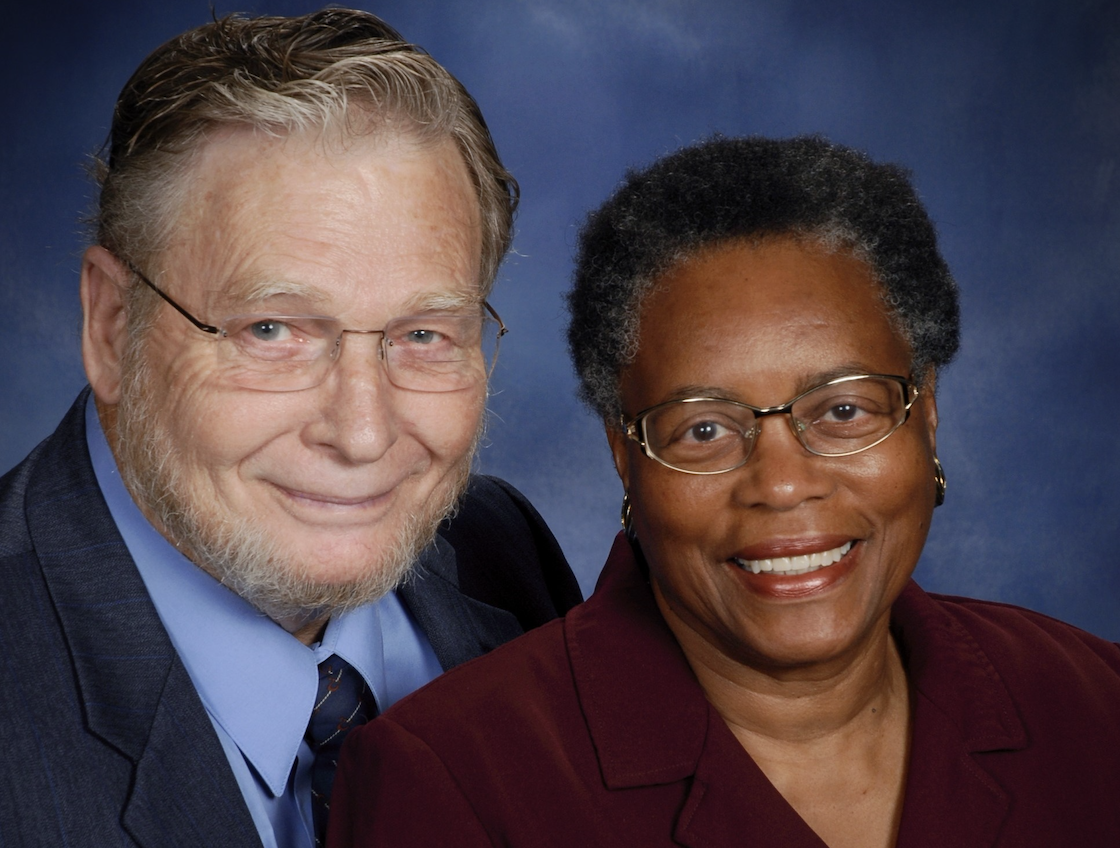 As a lifelong advocate of the connectional church, the Rev. Ben Franklin Whitfield might never have expected that this denominational doctrine would one day prove indispensable to him at his own time of greatest need.

Whitfield, honorably retired since 2007 in the Presbytery of Wabash Valley, suffered a stroke in January 2021.

After a hospital stay followed by a period of rehabilitation, he was released into the care of his loving wife, Helen, and allowed to return home.

Facing financial hardships after a lifetime in ministry serving primarily rural congregations, the Whitfields found support in the Presbyterian connectional system, namely the Assistance Program of the Board of Pensions. The trusted PC(USA) agency, which initially provided immediate help to the Whitfields through an Emergency Assistance grant, later set them up with its new monthly Housing Supplement for Retirees receiving Home Health Care.

The support that the Whitfields receive is made possible, in part, by the PC(USA)’s annual Christmas Joy Offering, a cherished Presbyterian tradition since the 1930s that distributes gifts equally to the Assistance Program and to Presbyterian-related schools and colleges equipping communities of color.

The Assistance Program provides need-based grants to help active and retired plan members and their families. The Housing Supplement for Retirees receiving Home Health Care, an expansion to the Housing Supplement policy, went into effect on Jan. 1. The BOP is now supporting retirees who require additional care but wish to stay in their homes.

“I admire Ben tremendously,” said Lucas McCool, Assistance Program operations manager. “I’m grateful that our Assistance Program, which embodies our connectional Church at its best, was there for him and Helen at such a critical time in their lives.”

This latest testament to the power of Presbyterian connectionalism should not have come as a surprise to Ben Whitfield, who had learned from an early age that the PC(USA) brings people together.

It was the Presbyterian tradition that first connected him more deeply with his own father, whose non-attendance at church prompted young Ben at one time to similarly drop out.

“When I stopped going to church, it upset my father,” said Whitfield, whose parents used to take him to the Methodist church in their Texas hometown every Sunday and drop him off at the front door. “Since my father told me he needed me to be in Sunday school, he agreed to start going with me if we went to the Presbyterian church out in the country, which is just what we did.”

Later, the church connected Whitfield more closely to God, who, he said, “kept messing with me.”

“God kept wanting me to be behind the pulpit, but I said no,” he recalled. “I made a deal with God that if he’d leave me alone, I’d make a career in the military. Since God didn’t take my deal, I finally changed my major from physics to education and went to McCormick [Theological] Seminary in Chicago.”

During his seminary years, the Presbyterian Church connected Whitfield with the burgeoning civil rights movement in 1960s Chicago.

“Because the Presbyterian Church wanted to do something to be more relevant in the inner city,” he said, “they created this program where they would connect college students to come on board with churches in primarily Black communities. White and Black people were called to work together in these communities to develop the young people’s talents and skills.”

It was one of those very connections that brought the former Helen Simms, now his wife of 54 years, into his life.

“The presbytery had given us names of people who had volunteered to be assistants,” he said, “and I read all the applications that came our way. Helen’s was one of those. From that application, I got acquainted with her, and we became better acquainted throughout the summer of 1967.”

All these decades later, Helen Whitfield can still recount every detail.

“Ben pulled together a very dynamite staff,” she said. “Three of us were students; two were white and I am Black. We were activists in the Presbyterian Church.”

When Whitfield and Helen soon decided to marry, they chose to do so in a “monumental way.”

“On Aug. 25, 1968, we were married at the Olivet Presbyterian Church, where we worked, worshiped and bonded with the neighborhoods of Near North and Cabrini Green with people of faith who mentored us and our colleagues and the teens of the REACH program,” Whitfield recalled. “Rev. Charles Marks got to perform his first wedding at that 11 a.m. open worship service of a standing-room-only diverse crowd, reflective of our beliefs. One would have thought that the Rev. Dr. Martin Luther King Jr. was in the midst. … Jesus loves us, this I know.”
Already pioneers in the struggle for social justice, as an interracial couple in the ’60s, the Whitfields quickly became accustomed to facing challenges.

“Opposition to us strangely enough came more from the Black community than the white community,” Helen Whitfield recalled. “Even though my mother thought I would be in the movement, she said I was a disgrace to the family. And, for Ben — whose ideas of good race relations came from his parents, who were hardworking people who demanded that he treat all people equally — they just couldn’t handle our marriage. We are eternally grateful that by God’s grace they repented and reconciled with us, particularly to have fellowship with their grandchildren.”

Their years together serving the church and raising their four daughters in the face of familial and societal adversity steeled them for whatever circumstance or crisis came their way.

And taught them enduring life lessons about gratitude.

“How greatly we understand the uniqueness of the Presbyterian Church in its call to help people as Christ commands,” said Helen Whitfield. “And now, having so carefully laid out the importance of giving to the Christmas Joy Offering in the rural area congregations where Ben was pastor, we are so grateful to directly benefit from such financial assistance in our great need since Ben’s stroke.”

As he recovers, Ben — who had earlier served as a teacher in the Chicago Public Schools and recently retired from the Indianapolis Public Schools — is currently working toward regaining enough strength to start tutoring out of their home.

“I wonder why he hesitated with God in the beginning and is now chasing so hard with plans to pursue transitional ministry education,” Helen Whitfield said with a smile.

Helen Whitfield said that she continues to marvel at God’s unique ways of “keeping that outstretched hand,” in that the First Christian (Disciples of Christ) church, where they currently worship, also receives the Christmas Joy Offering.

“Wow,” she remarked, “that caring and connecting just keep rolling on.”

In the meantime, the Whitfields plan to continue to care for one another as they allow the connectional church to care for them.

“Ben and Helen Whitfield have had a long career in ministry and have served small churches faithfully,” said the Rev. Jennifer Burns Lewis, visioning and connecting leader for the Presbytery of Wabash Valley. “I am so thankful that we were able to partner with the Assistance Program for a Shared Grant. Their story and so many others make me so very proud to serve a denomination where our shared commitments to one another in God’s service can lead to wholeness, health, shalom.”

This was published for Presbyterian News Service on November 28, 2022.