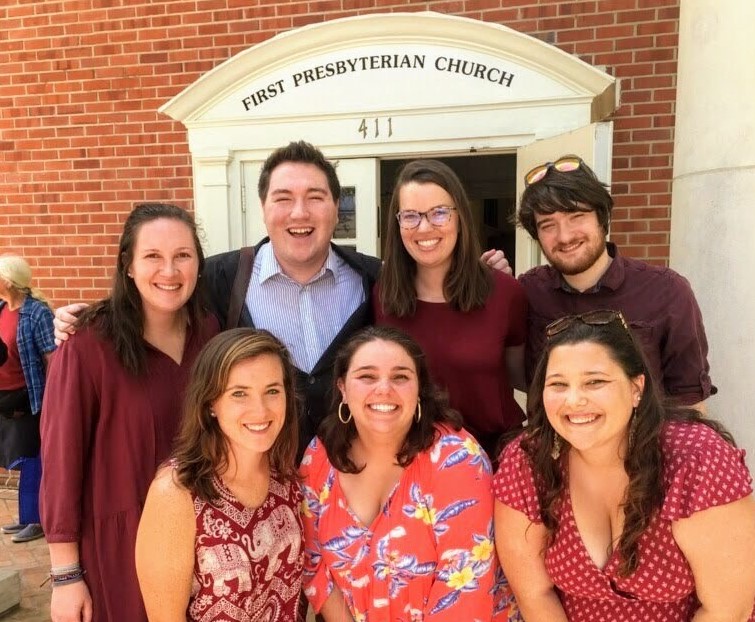 Surprised by the Spirit in New Orleans

While serving as a Presbyterian Young Adult Volunteer (YAV), Cherokee Adams learned about the heavy toll that human trafficking exacts from women caught in its clutches.

At Eden House in New Orleans, Adams built relationships with women who had been exploited for financial gain. Human trafficking survivors come to Eden House for a new start in life. Most struggle with a past that includes social ostracism, brushes with the law and drug addiction.

Yet Adams came to see the women as something other than “lost little lambs who needed to be led back into the fold.” She found them to be vessels of grace. Such changes in perspective is common among YAVs. This yearlong program for people ages 19 to 30 is supported by the Pentecost Offering.

Adams ended her yearlong service at Eden House last August, but she will never forget the warm hugs that Candy (not her real name) gave her. Despite the struggles that Candy has experienced, she reminded Adams of a “typical Southern belle.”

Candy has an uncanny ability “to sit and chat about nothing and everything,” Adams shared. Candy also has a motherly instinct that prompted her to check on Adams daily. She was not averse to giving other Eden House residents motherly advice, even to those who were her own age.

Up to eight women live at Eden House at any given time, and Adams left with a heartfelt prayer that all of the women she met there would find a new and fulfilling life. She hopes that in some small way she influenced them for the better, but she knows with certainty that the women had a positive impact on her.

“The women of Eden House spoke truth to me through love and the healing power of grace and humanity,” Adams said. Drawing a parallel to the biblical story of Queen Esther, she noted that their concern for others would not be impeded. Esther, Adams explained, “was trapped in a gilded cage, but still showed love, grace and humanity to her people.”

Prior to her work at Eden House, Adams served as a YAV in a New Orleans inner-city school. She was a math tutor for third-graders and found her experience so rewarding that she decided to sign up for another year of YAV service.

While a YAV, she sensed that the Holy Spirit was shaping her. “It was kind of like the Pentecost story,” she said. “The Holy Spirit took me and changed me in ways that I wasn’t expecting.”

Eventually, she wants to attend seminary and be a parish pastor or a chaplain. Her goal is to “go out and tell the story.”

Currently, Adams works with youth at the YMCA in her hometown of Hampton Roads, Virginia. She is a member of Bayside Presbyterian Church in Virginia Beach, which she has attended “for as long as I can remember.”

Adams is grateful for the Presbyterians who provide financial support for the YAV program. “Thanks to their gifts, young people like me can be shaped and changed into better, more socially aware individuals and be affected by the places we serve and the people we meet.”

In addition to the YAV program, the Pentecost Offering makes possible ministries with youth and children at risk. Forty percent of the Offering can be retained by congregations wanting to make an impact of young people in their own communities and the remaining 60% goes to ministries of the Presbyterian Church (U.S.A.). Most congregations receive the Offering on Pentecost Sunday, which this year falls on June 9.

This was originally published for Presbyterian News Service on May 29, 2019.

Transforming Lives and Communities with Support from the Pentecost Offering

Youth in the Church are Not Just the Future, but the Now