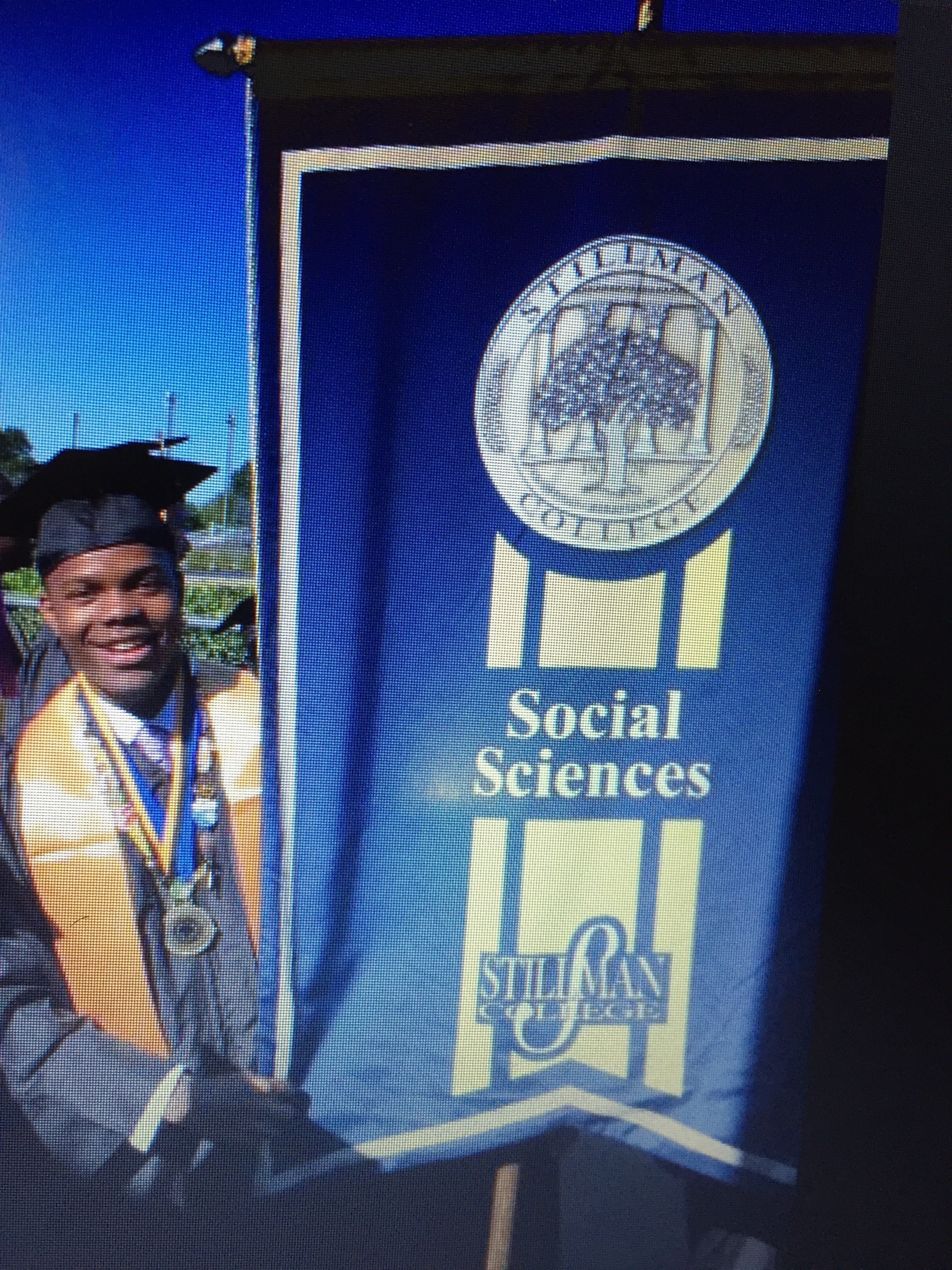 As a high school senior, Devon Kelly had no place to call home and little hope that his plight would improve.

Beginning at age 14, he slept wherever he could find a place to lay his head. He stayed with cousins, friends, his grandmother and his aunt. Sometimes he spent the night outdoors on a park bench. His mother’s struggles with mental illness and other medical issues had diminished her ability to care for Kelly and his brother.

However, his outlook began to change when he encountered an admissions representative from Stillman College, a historically black college affiliated with the Presbyterian Church (U.S.A.), at his high school.  Kelly eventually enrolled in the Tuscaloosa, Alabama, institution and graduated with a history degree in 2016.

Today, he is pursuing a master’s in social work at the University of Alabama, and he has his sights set on helping children and youth who, like him, have faced severe adversity. Kelly says, “I am getting my master’s in social work because people are hurting, and they are in need of someone who can listen, and not only listen but connect them to resources.”

For Kelly, Stillman College was his source of help. “Stillman has made me the person I am today, the desire I have for other people to do well, the professionalism I carry, and the desire to show the love of God, the love of Christ.”

Kelly sees God’s hand at work in his journey to Stillman. His trek to Tuscaloosa began when he visited a POP TART® vending machine at Chicago’s Morgan Park High School and bumped into Joseph Moreno, then a Stillman admissions representative. The machine was near Morgan Park’s guidance counseling center, where Moreno was available to talk with students.

Kelly was somewhat puzzled by his craving for POP TARTS®. At the time he didn’t like them, “but now I believe this was the Lord’s way of leading me to a bigger plan for my life,” he said.

Before he met Moreno, Kelly assumed that he “didn’t have any hope of going to college.” However, his mind changed after the two had a “heart-touching conversation.” He began to imagine Stillman as a place where he could succeed. “I knew it was far away from the environment I was used to, and that it would give me a chance to do something productive with my life.”

Kelly’s life-changing journey to Stillman was possible because of its relatively low tuition and generous financial aid packages. Gifts to the Presbyterian Church (U.S.A.)’s Christmas Joy Offering help Stillman reach out to students like Kelly.

At Stillman, Kelly found the embrace of a caring community. “My professors made me feel like I was a student rather than just another person paying tuition,” he said. “The small class sizes were also a plus.”

Despite his unstable upbringing, Kelly felt academically prepared for college. “In the environment I grew up in, it was safer to stay in the house and study all day rather than go outside.”

When he finishes his master’s degree, Kelly hopes to work with nonprofit organizations that help disadvantaged youth and children through group homes and afterschool programs. “My hope is that they will have a heart to listen to not only my advice but anybody’s advice who is steering them in the right direction,” he said. “My hope is that they will steer away from the negative direction, which is so easy to choose in this world.”

The Christmas Joy Offering supports future leaders like Kelly. It also assists past and current church leaders and their families who are in critical financial need. Half of the offering goes to Presbyterian-related schools and colleges equipping communities of color, and half goes to the Assistance Program of the Board of Pensions. Most congregations receive the offering during the Advent and Christmas seasons.

This was originally published for Presbyterian News Service on December 19, 2019.