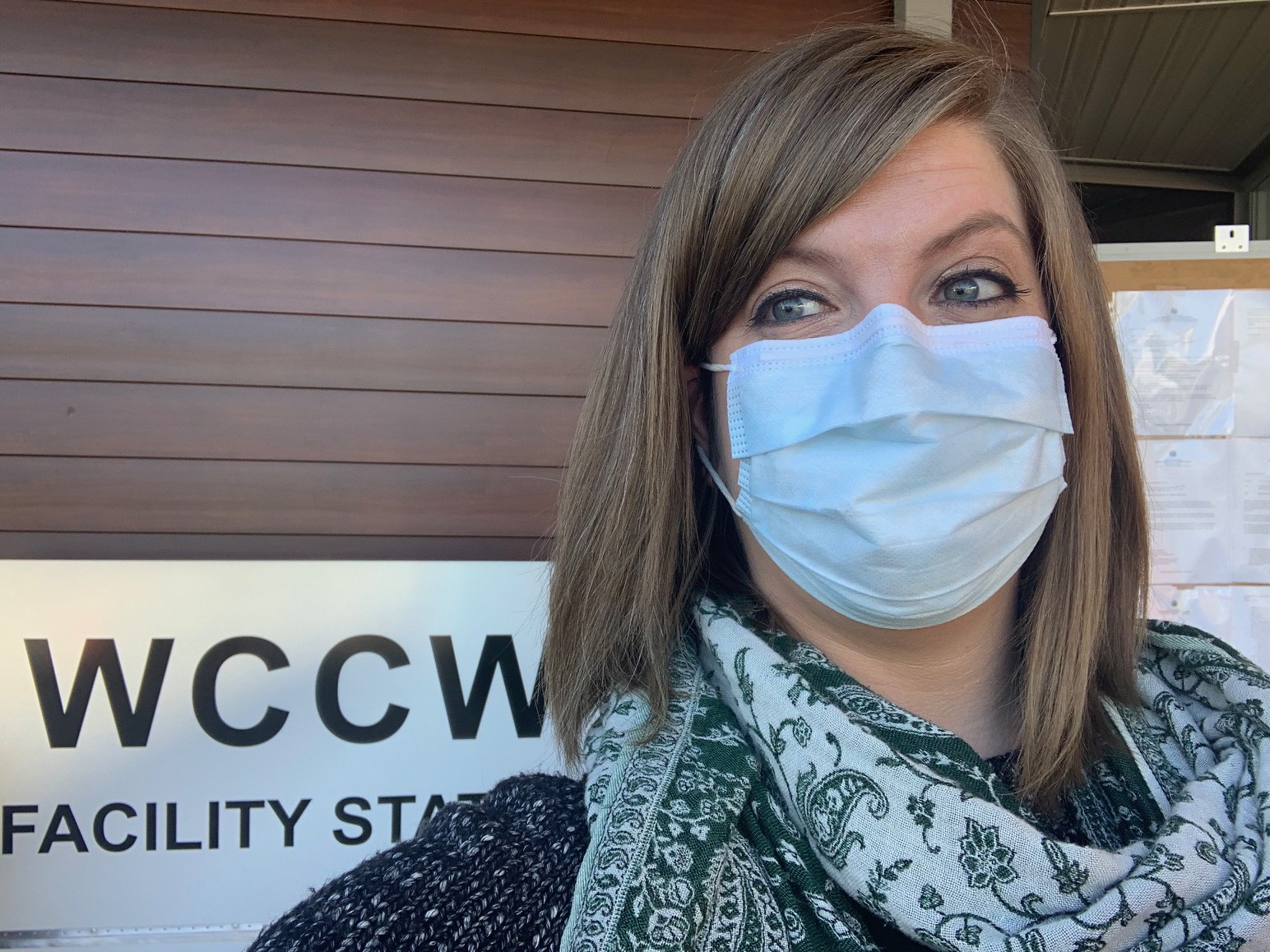 Sharing the peace of Christ with the world

War, disease and imprisonment: These words have the power to fill the heart with pain, fear and hopelessness. They often make the lips of those witnessing such strife ask, “Surely, this is not where God lives?”

Presbyterians working for peace and justice would beg to differ though, saying that it’s exactly in such strife where God’s love should shine the brightest. And through their gifts to the Peace & Global Witness Offering — which congregations traditionally collect on World Communion Sunday, the first Sunday in October — they are supporting peacemaking initiatives that ease pain through action, provide comfort in the face of fear and show love to the hopeless.

Every gift to the Peace & Global Witness Offering enables the Church to promote the peace of Christ by addressing systems of conflict and injustice worldwide. Out of the money collected, individual congregations are encouraged to use 25% of the offering to connect with the global witness of Christ’s peace. Mid councils retain an additional 25% for ministries of peace and reconciliation. The remaining 50% is used by the Presbyterian Mission Agency to advocate for peace and justice through collaborative projects of education and Christian witness.

Jaff Bamenjo, an international peacemaker for the Presbyterian Mission Agency, knows just how important gifts to the Peace & Global Witness Offering are. As a coordinator of RELUFA (Reseau de Lutte contre la Faim), the Network for the Fight Against Hunger, in Cameroon, Bamenjo has worked for more than a decade addressing hunger in the poor and densely populated northern region of his home country.

“RELUFA has worked with communities to understand what kind of intervention is best for the communities’ needs [in order to] avoid creating dependence,” said Bamenjo. One such initiative was the creation of grain banks. The banks not only ensured there was food available year-round, they also curtailed price gauging when food was scarce. But, as RELUFA was addressing the root causes of hunger in Cameroon, a new danger was growing.

In 2016, protests were organized in response to the growing inequities for those within the English-speaking minority of the mostly French-speaking country. While the protests were peaceful, the government responded violently — and war erupted. Bamenjo’s family was not immune to the violence. Government soldiers burned his aunt’s home. He also lost his brother-in-law who was killed in the fighting’s crossfire. Yet, amid the violence, RELUFA and Bamenjo continued to help the most vulnerable populations.

With gifts made to the Peace & Global Witness Offering, Bamenjo was able to travel last year to the United States to share the joys and sorrows of the people of Cameroon while also sharing what the most critical needs are. “People cannot afford to remain indifferent to the unfolding, silent, humanitarian disaster in Cameroon,” Bamenjo said. “It is unacceptable to stay quiet, stand by and watch the slaughtering of innocent people who only demand their rights and accountability.”

More than 3,000 miles south of Cameroon, Presbyterians are tackling another need — helping vulnerable populations understand how HIV and AIDS spread, and how to cope with the effects of each.

“This is an issue that has been pushed under the rug for many reasons, including stigma and discrimination, and it’s becoming forgotten because people are living with it rather than dying from it,” said Phyllis Wezeman.

Wezeman is a member of First Presbyterian Church of South Bend, Indiana, and president of the board of directors for Malawi Matters, a nonprofit that has not shied away from talking about HIV and AIDS. The organization develops and facilitates HIV and AIDS education with the people of Malawi to alleviate misinformation and create understanding among those living with the disease. Its website notes: “The inspiration for Malawi Matters springs from the large concentration of warm, hard-working and humble Malawians who make South Bend, Indiana, U.S.A. (and the surrounding communities) their home. They are our friends and neighbors and have become our family … now their families in Malawi are our families, too.”

According to 2019 statistics from UNAIDS, 37.9 million people are now living with HIV around the globe. But, sub-Saharan (Central/East/Southern Africa combined) countries are disproportionately impacted with 25.6 million of those cases being identified in the region, including Malawi. Through Malawi Matters’ programs, such as Creative Methods of HIV & AIDS Education and Equipping Women– Empowering Girls, “discrimination is reduced, and stigma is overcome,” Wezeman said. “People now go for testing, are supported, connect to treatment — and live,” she added.

Malawi Matters is 100% volunteer driven, with volunteers traveling to Malawi to serve as facilitators on teaching teams. Beyond teaching teams, Presbyterians support the nonprofit with monetary gifts to the Peace & Global Witness Offering, as well as by supplying pens, pencils and other items for the educational classes. It’s all having an impact with community leaders, individuals, parents and families in Malawi rethinking their attitudes.

Wezeman recalls a conversation she had with a Malawi church member who told her that before the HIV and AIDS education, people who were sick were told not to come to worship. After the training offered by Malawi Matters, the church members realized how much harm was being done to their brothers and sisters, and how many had been afraid to go for testing or disclose their status. After a time of prayer and seeking forgiveness, the commitment was made to never treat people like that again.

Wezeman says she’s hearing stories like this over and over as the work to educate residents continues. It’s also the reason why the Presbytery of Wabash Valley chose to give a portion of its Peace & Global Witness Offering to Malawi Matters.

“We’re very grateful for the commitment to peace, health and justice issues related to the HIV/AIDS crisis that Malawi Matters has addressed for decades,” said the Rev. Jennifer Burns Lewis, visioning and connecting leader of the Presbytery of Wabash Valley in Rochester, Indiana.

For the Rev. Lane Brubaker, it does not matter that she must go through five locked doors to get to her congregation. “The women I have the opportunity and the privilege to pastor are wonderful and deeply knowledgeable about the Bible,” she said. “They are learning that they are still indeed loved by God and are not defined by their worst mistakes. But rather, they are defined by their Beloved.”

Brubaker leads Hagar’s Community Church, which operates within the Washington Corrections Center for Women. The Presbytery of Olympia worked over several years with Prison Congregations of America to set up the prison ministry. It was finally established in January 2019.

On Saturday evenings, Brubaker teaches Bible study and then leads a contemporary worship. Her husband, Crawford, leads a quieter, contemplative service. The simultaneous services were developed after talking with the women — some of whom needed time to quietly reflect after living in the general population, while others longed for interaction. Worship preferences aside, what has been most important, she says, is providing a place of acceptance for the inmates.

“For some reason in prisons, groups and programs tend to be more conservative and not accepting of all orientations and gender identities,” Brubaker said. “We give them a place to be honest about who they are. I’m often asked, ‘Why are you so much more inclusive than the other groups?’ My answer is that it’s not just Hagar’s Community Church, but it’s what my denomination thinks.”

As part of her prison ministry, Brubaker offers six pastoral care groups throughout the week — from guided meditation and breathing practices to healing through music.

“There are some women who have been incarcerated for many years, some for their whole lives. The dream of the presbytery, when Hagar’s Community Church started, was that it would be a ministry that continues long into the future,” said Brubaker.

“I think there’s a lot of room for more worshiping communities like this to be established,” said Brubaker. “That would be an awesome response to this ministry — that others would start doing this work, not just in prisons but in other places, too. All of us should be listening to God to find where these worshiping communities are needed in all sorts of different, unique places.”

This was originally published in the September/October 2020 issue of Presbyterians Today. It appeared in the Presbyterian News Service on September 8, 2020.