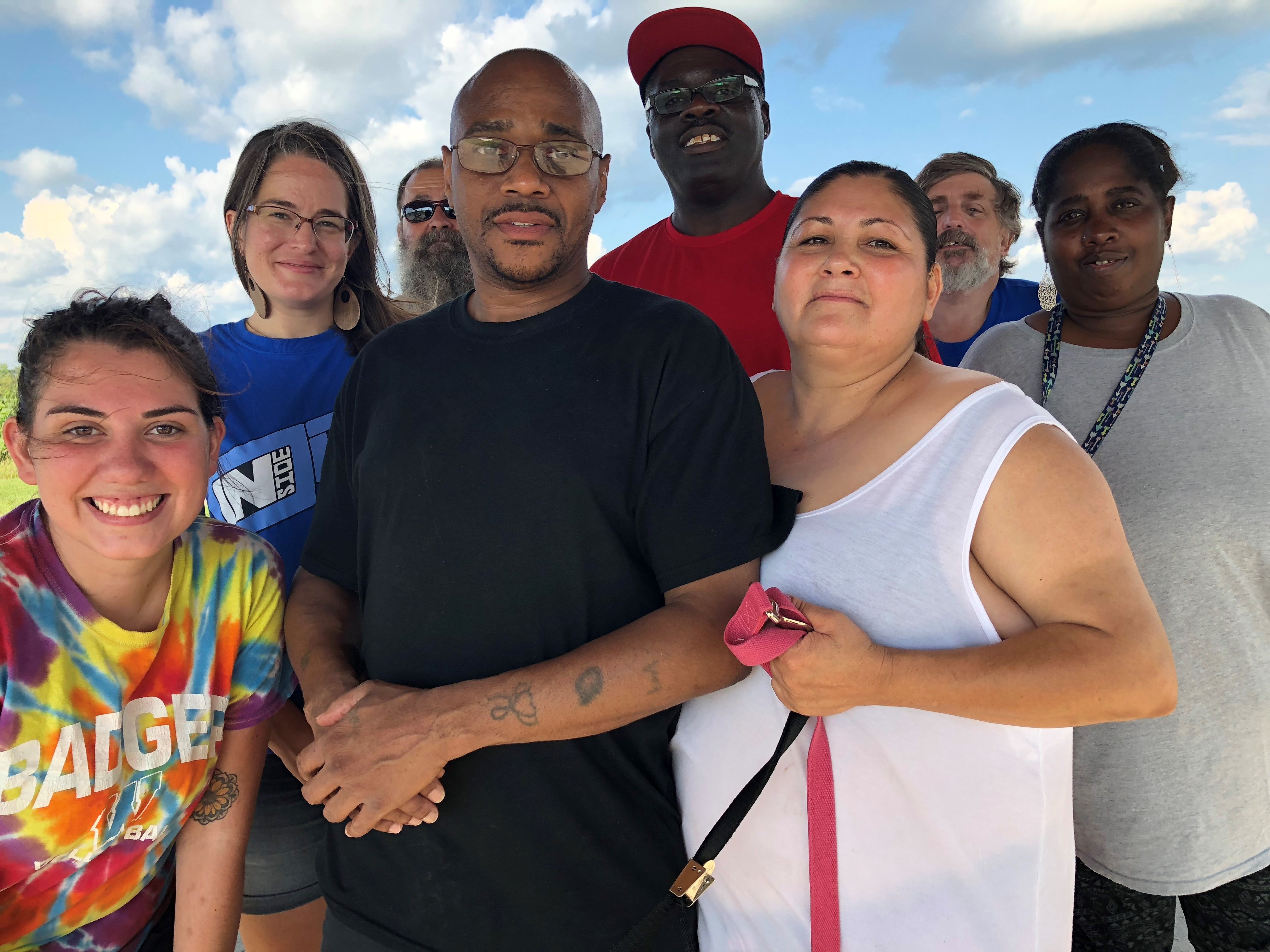 Mending Lives Near and Far

Like most recently released ex-offenders, Craig Rockenbach faced the challenge of reentering the workforce carrying the stigma of a criminal conviction.

Employers tend to be skeptical of ex-offenders, but for those without a job, another criminal conviction and more jail time is likely. Rockenbach wanted to make a fresh start, so he sought the help of the InsideOut Reentry Community, an Iowa City, Iowa, program that offers job assistance, mentoring and other resources for those returning from incarceration.

His experience with InsideOut helped him land a job as a housekeeper at a downtown Iowa City hotel.  He was thrilled by the opportunity. “It might be a small thing, but it’s programs like this that give people a second chance,” Rockenbach said.

Knowing that recently released inmates need a hand up, First Presbyterian Church of Iowa City devotes a portion of its Peace & Global Witness Offering to InsideOut. The congregation’s concern was developed in part through members volunteering at the Iowa Medical and Classification Center, a correctional facility that provides medical and psychiatric treatment and evaluation services for Iowa’s prison population.

“We observed in our community how difficult it is for [formerly incarcerated people] to really get connected and start getting their lives headed in a proper and productive direction,” said John Barr, an elder at First Presbyterian and a member of its Reconciliation Ministry.

The congregation’s appreciation for InsideOut Reentry Community grew when one of its members, elder Don Ross, participated in a role-play exercise conducted by InsideOut. He was one of about 50 residents who learned, through simulation, what it is like to visit a parole officer, submit to drug screening and undergo counseling. All of these services carry a fee that is in addition to normal living expenses like food, rent and utilities. These requirements make finding a job even more urgent.

After completing the simulation, Ross said, “You can understand a little bit more what they go through to get their lives straightened around.”

The congregation also uses some of the Peace & Global Witness Offering it retains to help individuals in challenging circumstances abroad. It gave a portion to Healing Hearts, a ministry in the Democratic Republic of Congo that is supported by Christi Boyd, a Presbyterian mission co-worker.

While Congo may be geographically distant from Iowa City, it is close to the hearts of people at First Presbyterian. The congregation has nearly 20 African members, predominantly Congolese, who fled violence in their home country. In addition, a Congolese congregation, Holy Jerusalem Pentecostal Church, meets in First Presbyterian’s building.

Healing Hearts helps children and teens in Congo recover from the trauma inflicted through proxy wars and internal conflicts. The violence is often rooted in political struggles, ethnic discord, land rights and/or access to mineral wealth. Thousands of Congolese children have seen their villages attacked by militiamen who were wielding guns and machetes.

First Presbyterian could not ignore the deep concerns of its Congolese members for the people in their home country, Barr said. “This is not some abstract foreign thing to us,” he said. “These are people who worship with us weekly and they are folks who serve as deacons, are on committees and who volunteer to drive other members to church.”

Healing Hearts is a ministry of the Women’s Department of the Church of Christ in Congo, a federation of Protestant denominations. It provides trauma healing for young people like Gelord, 10, who witnessed his home burn and continues to suffer flashbacks, and Dorika, 15, and Kanyere, 16, who became pregnant through sexual assaults. They strive to work through their trauma as they balance the responsibilities of raising their children and finishing school.

Using stories, crafts, games and Bible lessons, Healing Hearts strives to help children understand their grief, gain self-worth, let go of revenge and ultimately forgive those who wounded them.  Boyd stressed that childhood trauma causes children both short-term and long-term harm. “It has been well established that unhealed childhood trauma increases the risk of developing personal problems and a tendency toward violent behavior in later life,” she said.

First Presbyterian’s support of Healing Hearts and the InsideOut Community is illustrative of the congregation’s concern for people near and far. Barr said First Presbyterian, like the Presbyterian Church (U.S.A.), pursues mission “in ways that are not condescending but empowering.”

Across the U.S. and around the world, the Peace & Global Witness Offering supports empowering ministries that work for reconciliation and facilitate healing for those scarred by conflict.

Half of the Peace & Global Witness Offering goes to the national church to address these issues around the world. Twenty-five percent is retained by congregations for local peace and reconciliation work, and 25% goes to mid councils for similar ministries on the regional level.

Most congregations receive the Peace & Global Witness Offering on World Communion Sunday, which is the first Sunday in October.

This was originally published for Presbyterian News Service on September 19, 2019.