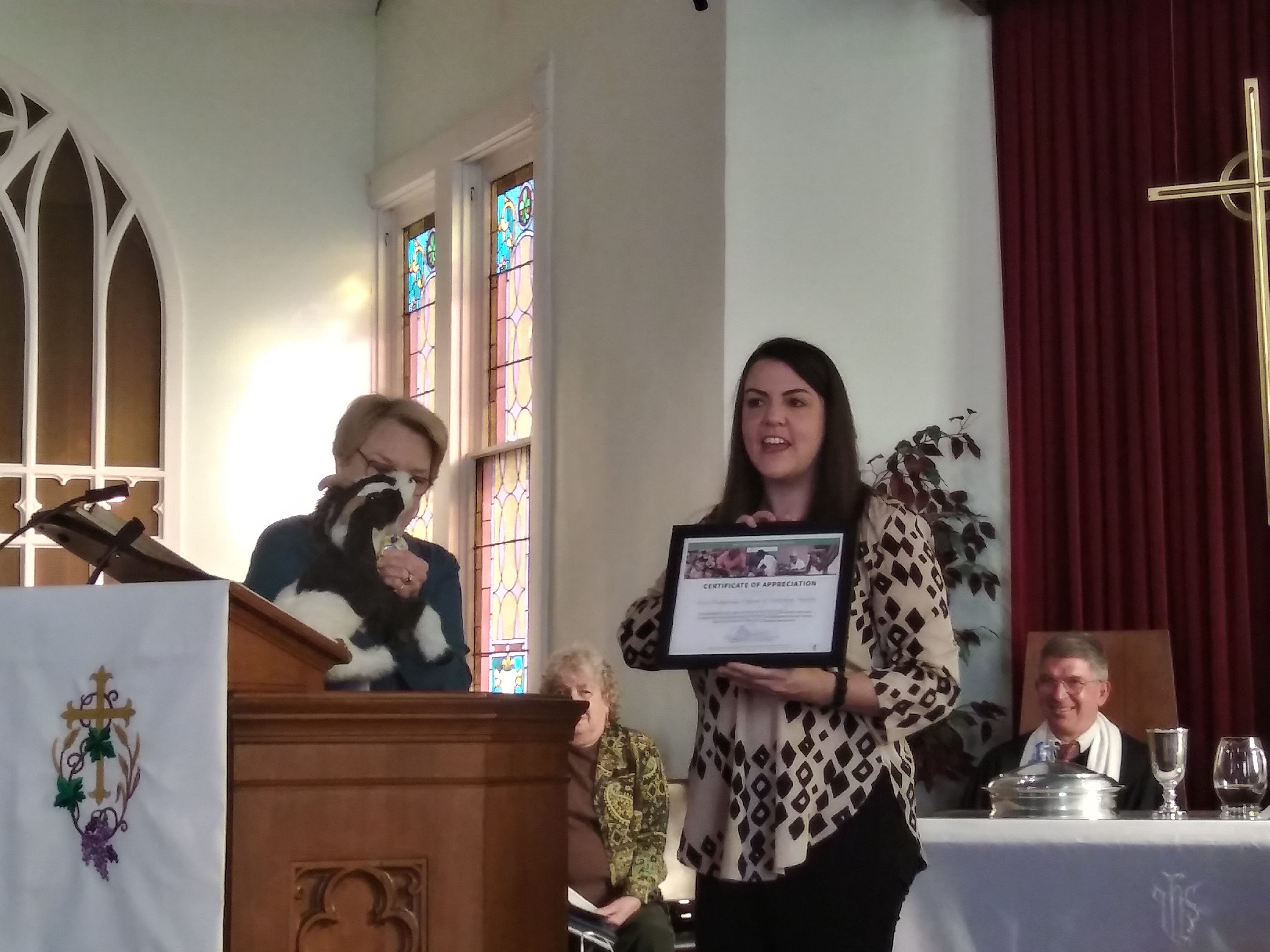 It had been several weeks of selling glasses of lemonade in the fellowship hall after worship, but the children of Northminster Presbyterian Church in Endwell, New York, were determined to raise enough money to provide a garden well to a community in need.

As they ran up the aisle for their time during worship with the pastor, the Rev. Rachel Helgeson held a cup of clean water and positioned herself between the baptismal font and the children’s pop-up lemonade stand. After helping everyone get settled, she shared the news with her circle of young members: They had reached their goal of $1,500.

The children had been learning about the importance of clean water, their connection to others through the waters of baptism, and honoring God by giving money to support those in need. After thanking the children — and the generous congregation — a prayer was offered for those who would benefit from their gift. While raising funds for the garden well was exciting for the children, for the congregation the achievement was just another example of their life together.

“Northminster Presbyterian is known by the faith that is lived out in love for our neighbors in the southern tier of New York,” said Helgeson. “Whether it’s packing and distributing Thanksgiving baskets, gathering rummage items that will be used to help people financially or physically, starting a new partnership with the high school across the street to provide students food and supplies to succeed in school, or reaching out to our partners in Ethiopia, Northminster is living out its mission to be the body of Christ in our corner of the world.” The congregation’s embodied faith is clearly impacting their local community, but the connection to the body of Christ around the country and around the world is no less important. Returning to the connection of baptism’s waters and how they call God’s people to action, Helgeson says that “part of our commitment to participate in the body of Christ has been to be connectional with the PC(USA), namely in participating in the Special Offerings.” And that includes giving to all four offerings — One Great Hour of Sharing, Pentecost, Peace & Global Witness and Christmas Joy.

“Being a Four for Four congregation is our way of recognizing that just because all’s well that ends well in Endwell, New York, it doesn’t end here,” Helgeson added. This sentiment is echoed, perhaps even amplified, by congregations who would otherwise feel constrained by their budget — especially in a time of economic uncertainties due to the recent worldwide pandemic, when the first response is often to “preemptively cut expenses rather than give members the opportunity to increase giving,” said Jon Moore, a mission engagement advisor for the Presbyterian Mission Agency.

“People want to help during times of great need; it makes them feel alive, fulfilled, that they are making a difference,” said Moore.

In Scottsburg, Indiana, the members of First Presbyterian Church are thankful for the way the offerings guide their local ministry and broaden their congregation’s impact.

“Each of the four offerings is unique in its emphasis and the way our congregation lives it out or shares any portions we retain,” said Yvonne Satow, a member of the church. For example, gifts to One Great Hour of Sharing help hunger programs while the Pentecost offering allows congregations to retain a percentage of gifts collected to fund local programs that help children and youth.

“In this way, we are reminded that we are part of both a local and worldwide fellowship. Nothing we do or need is beyond the interest of our loving God,” said Satow. “The Special Offerings reflect the variety and depth of the church’s concern for God’s people everywhere.”

Ruling Elder Penny Allen of First Presbyterian Church of Bandon, Oregon, said that being Four for Four emboldens her 70-member congregation to support ministries they care deeply about locally without feeling like they might be missing something globally.

“Being a Four for Four congregation allows us to broaden both the mission of our church and support missions of the presbytery,” she said. “Although small in size, we are strong in our support for mission, particularly programs that support children and those in need in our community and around the world.”

This was originally published in the July/August 2020 issue of Presbyterians Today.