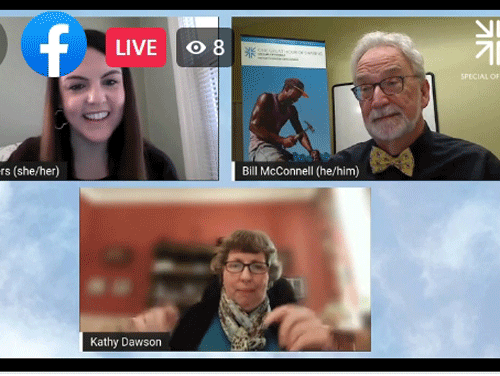 Gracie finds her gift, and so do we

The educator and author who for 15 years has brought Presbyterians the adventures of Gracie the fish revealed to a Between Two Pulpits audience Monday the secret to keeping her underwater tales current: take an annual trip to the local aquarium.

“After I do my aquarium visit, I do some research,” Dr. Kathy L. Dawson, the Benton Family Associate Professor of Christian Education at Columbia Theological Seminary, told Between Two Pulpits hosts Lauren Rogers and Dr. Bill McConnell, the interim director of Special Offerings and the Presbyterian Giving Catalog, on Monday. Between Two Pulpits, which is broadcast at 1 p.m. Eastern Time each Monday on the Special Offerings Facebook page, returned Monday after a two-month hiatus. Watch the 20-minute conversation here. Download the latest Gracie installment, “Gracie Finds Her Gift,” by clicking here. 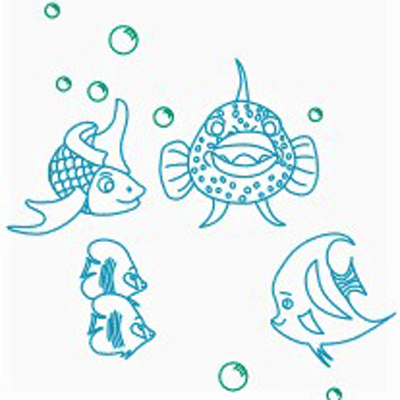 Gracie and her friends return in Kathy Dawson’s “Gracie Finds Her Gift.”

The prompt Dawson received to help tell this adventure of Gracie and her friends, including Ephraim Eel, Angie Angelfish, Gus Grouper, the siblings Benji and Belinda Butterflyfish, and the sage Old Codfish, involved not only fish working together, but highlighting the unique gifts of individuals.

“Despite her 15 years of existence, Gracie remains a little child” and is “sometimes insecure about her own abilities,” Dawson said. “She wants to be generous but sometimes doesn’t know how.” She makes mistakes, but somehow her mistakes get resolved in the end, and she has Old Codfish, “who helps Gracie to identify the gift she doesn’t think she has,” to lean on. All the characters have their own gifts and abilities, “and each brought a gift forward on a common project” for the current installment, Dawson said.

Why is it important, Rogers asked, for young people to identify their different gifts?

It’s mainly because adults in the church often tell children and youth they will serve the church when they get older, and that they are the future of the church. “I want them to see they have gifts to offer,” Dawson said. “They may watch the adults around them and see how parents and others are serving others. As they age, their gifts are identified by themselves and others” to enable them “to contribute as well.”

Given this week’s lectionary choices for preachers, including Deuteronomy 26:1-11, Psalm 91: 1-2 and 9-16 and Luke 4:1-13, Dawson said the common theme, especially in light of Russia’s invasion of Ukraine last week, is that God is with us in troubling times. 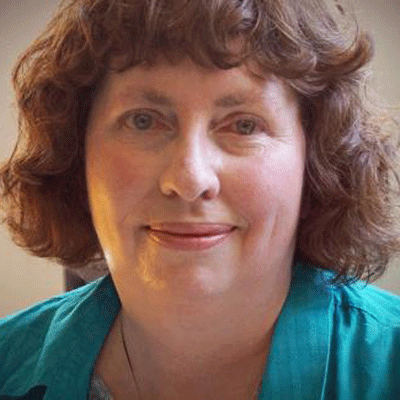 “It’s not a passive waiting for God to take action,” she said of the lectionary passages. “Jesus confronts the devil. The Hebrews are looking back on their trials,” both knowing they “have agency and are working with God to bring God’s kin-dom to the world. We are not alone, because God works alongside with us.”

To communicate that message of hope to young people, especially as the pandemic enters its third year and the fighting in Ukraine continues, Dawson acknowledged “a lot of anxiety” among children and adolescents. She attended a conference on the effects that anxiety is having on learning and on mental health. Participants learned those anxieties ought “to be addressed head-on, including the fear of war, reinforcing that God is with us,” Dawson said. “That is a message that transcends age and is important for children and youth — and adults.”

“You see in the gospel [passage] when Jesus is being tempted,” McConnell said. “The temptations are sometimes toward forgetting who and whose we are. There is nothing wrong with fear, but we have to understand the angels will bear us up,” a specific temptation the devil tried and failed with Jesus. “But God continues to be our refuge and strength.”

“Discernment is a key,” Dawson said, “knowing what is of God and what isn’t.”

Rogers asked Dawson a question she normally asks during the broadcast: What is your hope for the future of the Church? 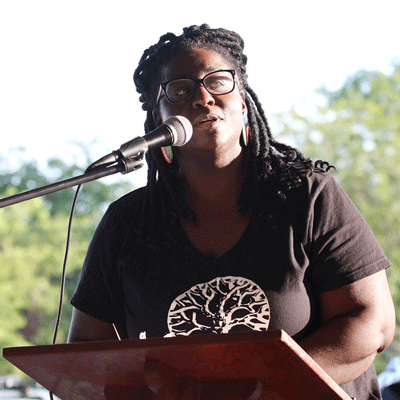 Dawson hopes people have learned enough during the pandemic to “let go of some things that have reached their saturation point or spoilage date and embrace the creativity that abounds.” More on that is available through the private Facebook pate, Hope4CE, a companion page to this website.

“It gives me a lot of hope for the Church, that we are not a dying institution,” Dawson said. “There are new things being birthed in congregations across the nation.”

Curriculum resources for One Great Hour of Sharing include a Children’s Message that can be used the Sunday that churches receive their One Great Hour of Sharing Offering. This year’s children’s message, available here, was developed by Natarsha Prince Sanders, a doctoral student at Columbia Seminary, a writing fellow at Collegeville Institute in Collegeville, Minnesota, and the executive director of Centering the Sacred, a ministry that focuses on spiritual development and growth for people of all ages.

This was published for Presbyterian News Service on February 28, 2022.